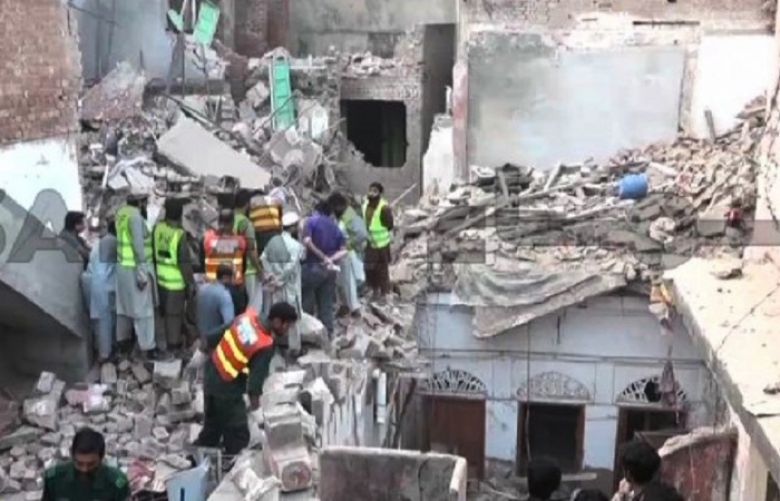 At least six people including two women were killed when a multi-storey building collapsed in Lahore’s Bhati Chowk area on Saturday night.

According to rescue sources, three others including two children were injured in the building collapse.

Sources further said the four-storey building collapsed in Mohalla Aslam Khan area of the Walled City which resulted in residents being trapped under the debris of the collapsed building.

The deceased were identified as Shehzad, Shaheen Bibi, Qasim Ali and Farzana.

The injured were shifted to a medical facility for treatment.