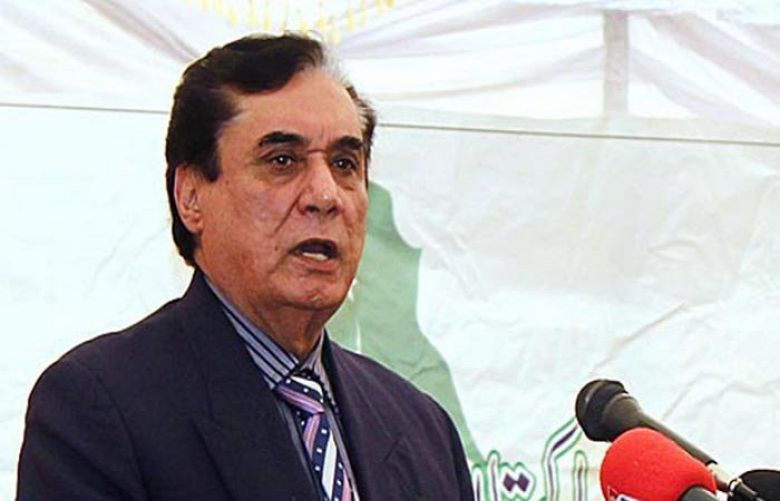 Addressing top provincial officials at a ceremony in Lahore's Civil Secretariat, the NAB chairman said, "Bureaucracy is the backbone of the country and if it doesn't make decisions, then how can we. The government drafts policies and it is the bureaucracy's job to implement them."

Justice (retd) Iqbal continued, "Last year, mega corruption cases emerged in Punjab. We have solid evidence against the bureaucrats we conducted inquiries and through these evidences I will prove that what NAB is doing is correct."

"Bureaucracy should fulfill its responsibilities without any fear any see if the environment is favourable to work," he added.

"Bureaucracy should see whether appointments and transfers are being made on the basis of merit and whether they are right or not," the NAB chairman further said.

"Officers belonging to Grade 19 and above will not be arrested without my permission," Justice (retd) Iqbal stated.

"NAB regional officers will not be able to arrest any officer on their own and from now no arrested officer will be handcuffed," he assured.

The NAB chairman further said, "It is the bureaucracy's job to make policies in the interest of the country."

"NAB is everyone's institution. Do not take a step which causes loss to the country's economy."