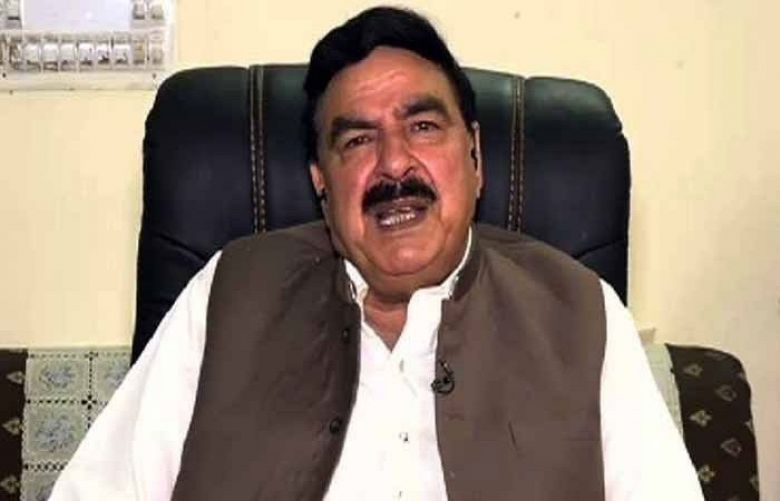 Rasheed had challenged the Election Commission of Pakistan's (ECP) decision to postpone the election in Rawalpindi's NA-60 constituency after arrest and disqualification of Pakistan Muslim League-Nawaz's (PML-N) Hanif Abbasi, Rasheed’s main contender for the seat, in the ephedrine quota case last week.

Talking to the media outside the apex court today, Rasheed said he had pleaded the court to fix his hearing in Islamabad but it will be heard in Lahore.

Expressing disappointment, Rasheed contended he will now travel to Lahore to attend the hearing and asked party supporters and staff to continue with their preparations.

In his response to the verdict, Rasheed said that they were prepared for the election and would approach the Supreme Court of Pakistan against the LHC verdict on Tuesday (today).

In his petition in the LHC, Rasheed contended that election cannot be postponed due to the sentencing of a candidate as the law only allows it if a candidate dies.

Rasheed stated in the petition that elections in the constituencies of PML-N’s Maryam Nawaz and Capt (retd) Safdar were not postponed when they were jailed in the Avenfield properties reference earlier this month.

Taking up Abbas's plea on Monday, Justice Aamer Farooq had issued a notice to the ECP seeking a reply by today.

During today's proceedings, the court observed that it will wait for the reply of ECP director general legal before taking the matter further.

Other than NA-60, Rasheed is contesting the July 25 general election from Rawalpindi's NA-62 constituency as well.

The Pakistan Tehreek-e-Insaf, being Rasheed's ally, has not fielded candidates in any of Rasheed's constituencies.

A special anti-narcotics court sentenced Abbasi to life in the ephedrine quota case late Saturday, just four days before the general election in the country. The PML-N leader was taken into custody from the courtroom soon after the judge announced the verdict.

Following the verdict, the ECP issued a statement on Sunday: "Only two days are left to the conduct of polls when Mr Hanif Abbasi, a potential candidate from NA-60 Rawalpindi-IV, has been disqualified, which has resulted in heated debate in the media and political circles rendering the atmosphere as fully and negatively charged.”

Further in order to do complete justice between the contestants and the parties, the ECP directs that the general elections 2018 in NA-60 Rawalpindi IV is postponed.,” it stated further.