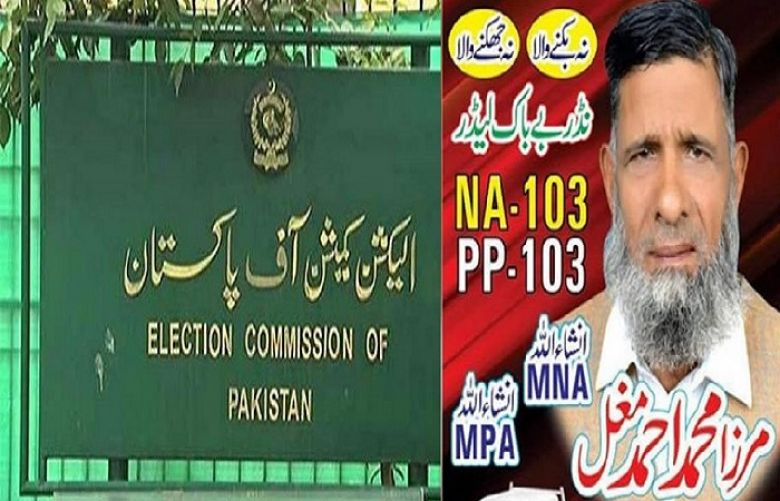 The Election Commission of Pakistan has postponed election in NA-103 Tandlianwala after an independent candidate committed suicide there.

Tandlianwala Mirza Ahmed Mughal was contesting the polls as an independent candidate from NA-103 and PP-103 constituencies, shot himself dead after an alleged dispute with his sons, police said.

The deceased was contesting the polls on the electoral symbol of a pickup truck, as shown in a poster for his election campaign above.

Heartbroken from his sons’ actions, Mirza had threatened them of suicide in a video message.

Polls are likely to be suspended in the constituency after the candidate’s tragic death.

General Elections in the country are scheduled to take place on July 25.