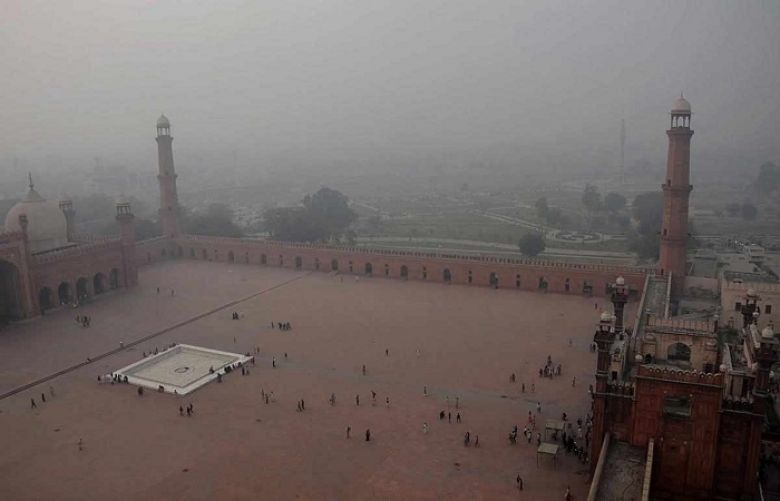 Residents of the provincial capital and adjoining areas continue to face health and transportation problems as smog engulfs most parts of the city. Visibility has plunged to 200-300 metres on the Lahore to Pindi Bhattian motorway, as thick smog – an unwanted by-product of fog and pollution  continued to persist in the air, disrupting transportation.

The motorway police have issued instructions to drivers to reduce speed and switch on fog lights to avoid any untoward incident.

Chief Meteorologist Mohammad Riaz attributed the lack of rain, pollution, smoke from vehicles, factories and burnt crops to the worsening smog situation in the provincial capital.

He said the pollution could only be washed away by rain or strong winds.

Director Environment Protection of the Punjab Environment Department Naseem-ur-Rehman shed light on a number of preventative measures that have been adopted to deal with the persisting smog.

He said Section 144 has been enforced in the province till December 16 to bar farmers from burning leftover crops waste – a contributor to smog. FIRs will be registered against violators, he added.

The director said around 150 factories causing heavy pollution in the region have been closed down as well.

The city traffic police have also been requested to make special traffic arrangements to avoid traffic jams, which further fuel the smog situation, he added.

Dr Khalid Hussain from Services Hospital said that heavy smog was a major cause of road accidents due to poor visibility. He has advised people to move around with face masks to protect themselves from breathing problems, eye, nose and throat infections.

According to noted climate expert Dr Mehmood Khalid Qamar, fresh readings obtained through the recently installed monitoring equipment showed the level of carbon monoxide at 21.29 milligram per metre on the Mall Road, 17.52 in Mohlanwal, and 6.94 in Gulberg's Liberty Market, against the maximum permissible limit of 5 mpm.