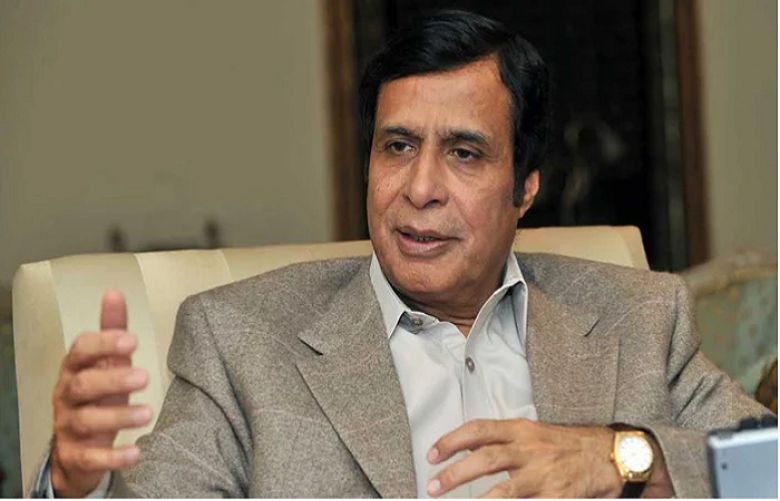 Punjab Chief Minister Chaudhry Pervaiz Elahi said he is not in London to meet anyone from the Sharif family and doesn’t entertain a desire to do so.

I am in London for around a week on break. I am not meeting Nawaz Sharif or anyone else. I have come here to meet the family of Moonis Elahi," he said.

Punjab Chief Minister Chaudhry Pervaiz Elahi said he had known Sharifs for too long and “after spending a lot of time one should learn and I know a lot about them. I don’t want to meet them”.

He complained that Prime Minister Shehbaz Sharif had not given a penny to the Punjab government for floods in Rajasthan. “Thankfully Imran Khan did a telethon and we raised money for the flood victims which we are distributing through the Ehsaas programme. Now many donors are in touch with us directly.”

Reacting to Punjab Interior Minister Hashim Dogar’s statement that the Punjab government will not support Khan’s long-march call on Islamabad, Elahi said that he will see how the situation evolves and a decision will be made accordingly.

He said that there is a PTI government in Punjab, Khyber Pakhtunkhwa, Gilgit-Baltistan and Azad Kashmir and Sanaullah would not be able to find a place to hide in Islamabad if Imran Khan’s supporters would converge on the federal capital as part of his Haqiqi Azadi movement.

Elahi said that a high-level team is working on the Model Town case while Sanaullah's confessional statement on the floor of the Punjab Assembly will also be provided to the court as evidence. He said a high-profile team has been formed to pursue the Model Town case against Sanaullah.

CM Punjab further added that he had introduced a new Narcotics Law to prevent the use of drugs among youngsters.

He said the Punjab govt is preparing a special force for this purpose.

“We will hold owners of colleges and universities responsible if strict action is not taken.

"We will have recently retired commandos and police officers in the force who will be deployed at the educational institution to stop selling and using drugs such as ice. We will bring lifetime sentences for the drug peddlers.”

Elahi said he had met the US Ambassador and World Bank delegation recently and they assured the Punjab government of support.

The Punjab chief minister assured that he will ask the Lahore Police to catch the killers of the parents of two British Pakistani brothers, Syed Ali Junaid and Syed Umair.