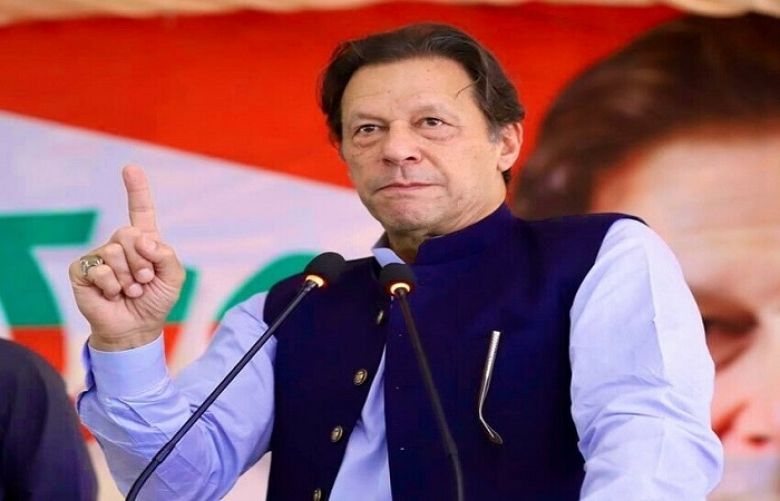 The Lahore High Court on Wednesday allowed PTI chief Imran Khan to contest by-elections in the NA-108 (Faisalabad) and NA-118 (Nankana Sahib) constituencies while rejecting objections of the Election Commission of Pakistan and a PML-N candidate's plea challenging the acceptance of ex-PM's nomination papers, respectively.

The ECP had on Aug 17 rejected Imran's nomination for the NA-108 by-poll due to "insufficient details regarding his assets".

Separately, a candidate of the PML-N from NA-118, Dr Shezra Mansab Kharal, had challenged the acceptance of Imran's nomination papers for the by-poll.

In the hearing in the tribunal today, Barrister Syed Ali Zafar represented Imran while lawyers Mansoor Usman Awan and Khalid Ishaq appeared on behalf of Dr Kharal. The tribunal set aside the ECP order and rejected the PML-N candidate's appeal and permitted the PTI chief to stand in the NA-108 and NA-118 by-polls.

Imran had challenged the election commission's decision on Monday through Barrister Zafar.

In his appeal, Imran had said the returning officer rejected his papers against the law and ignoring the facts, adding his nomination papers for by-election in other constituencies had been accepted.

He had asked the tribunal to set aside the RO’s decision and allow him to contest the by-election in NA-108.

The National Assembly speaker had on July 28 accepted the resignations of 11 MNAs — nine on general seats and two on reserved seats for women — belonging to the PTI, triggering recriminations from the party for the "piecemeal" acceptance, as well as a legal battle in the Islamabad High Court. The MNAs were denotified on July 30.

The PTI lawmakers were among the more than 100 who resigned en masse on April 11, two days after Imran was ousted as the prime minister in a no-confidence vote.

Just hours after the ECP announced the schedule, Imran had announced his candidacy on all nine vacant seats in the by-polls that will be held on Sept 25.