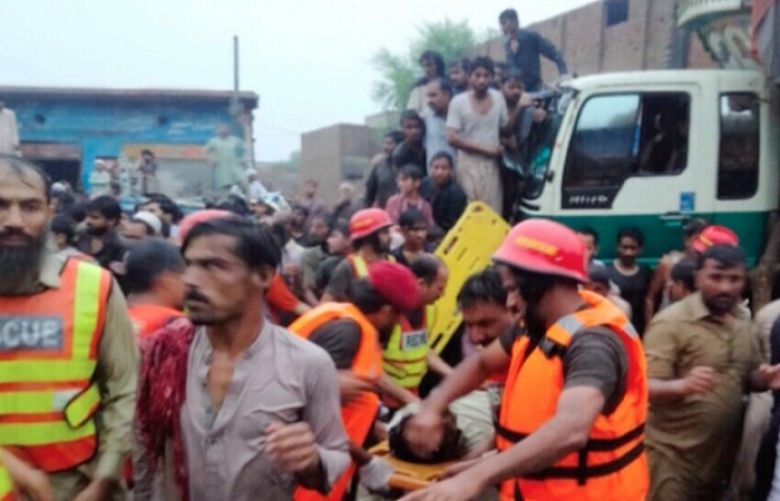 More than a dozen people were killed, and several others were injured after a truck fell over a passenger bus in Punjab's Rahim Yar Khan.

Rescue officials said that the incident occurred on Feroza Central road, where a passenger bus fell into a sinkhole. As the bus got stuck, a truck also fell over it, resulting in casualties.

The initial death toll of five increased to 13 as rescue teams started taking bodies out of the minibus. Five injured people, according to the officials, have been shifted to a nearby hospital for medical treatment.

The officials noted that the rescue work was hampered due to heavy rains.

This is not the first tragic incident that has taken place due to rains, countless people have lost their lives since heavy monsoon downpours hit the country last month — paralysing several cities such as Karachi.