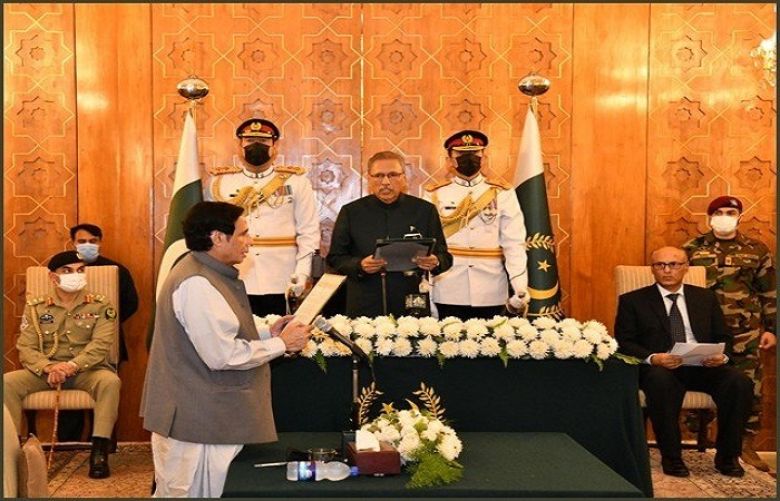 Earlier, it was decided to host the swearing-in ceremony at the Governor House but to the Punjab governor's dismay, the ceremony was shifted to President House, Islamabad following his refusal to administer oath.

Elahi reached Islamabad at 1am on Wednesday morning to take the oath of office via a special flight from Lahore. Elahi was declared the chief minister elect by a Supreme Court ruling on Tuesday, which said that he should take oath of office by 11:30pm. The ruling said that if the Punjab governor did not administer the oath, Elahi would be sworn in by the president.

On the journey from Lahore, Elahi was accompanied by Zain Qureshi, Mian Mahmoodur Rashid, Murad Ras and Chaudhry Wajahat.