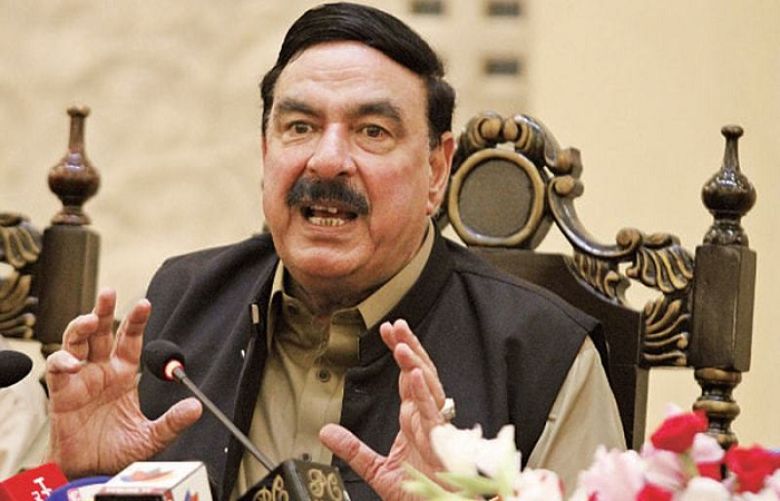 Former interior minister and Awami Muslim League (AML) chief Sheikh Rashid on Saturday asked the "establishment" to "stay away" from the upcoming by-polls in Punjab and prove their "impartiality".

"I want to discuss something important with the establishment. Tomorrow is a very important day. I have never seen such an election in the country's history. I want to request them to stay away from the elections. The nation will not tolerate any rigging or ghunda gardi (thuggery)," he said in a video message posted on Twitter.

"The establishment would have to prove its impartiality in tomorrow's by-elections on 20 Punjab Assembly seats," he added.

The 20 seats are among the 25 vacated (five reserved) after the Election Commission of Pakistan (ECP) disqualified defecting PTI lawmakers for voting for PML-N's Hamza Shehbaz in the Punjab chief minister's election.

The stakes are especially high because the outcome of the elections will determine who will become chief minister in Punjab, the re-election for which will be held on July 22.

In his message today, Rashid also spoke about the government's formation of a special ministerial committee to pursue high treason proceedings against top office-holders of the former PTI government, including ex-premier Imran Khan.

"This is a detailed judgement, not a [fresh] judgement. These people, who have been imposed on the nation through one or two extra votes, are foolish," he said.

He also asked the incumbent government to "not stop" Imran's path if the nation voted for his party in tomorrow's polls. "If his path is blocked, a fire will spread that will engulf everyone."

PTI chief Imran Khan, meanwhile, made another reference to "Mr X and Mr Y" as he sent a message to his team when they contest the Punjab by-elections on Sunday "against PMLN, the state machinery, the biased Election Commission plus Mr X and Mr Y".