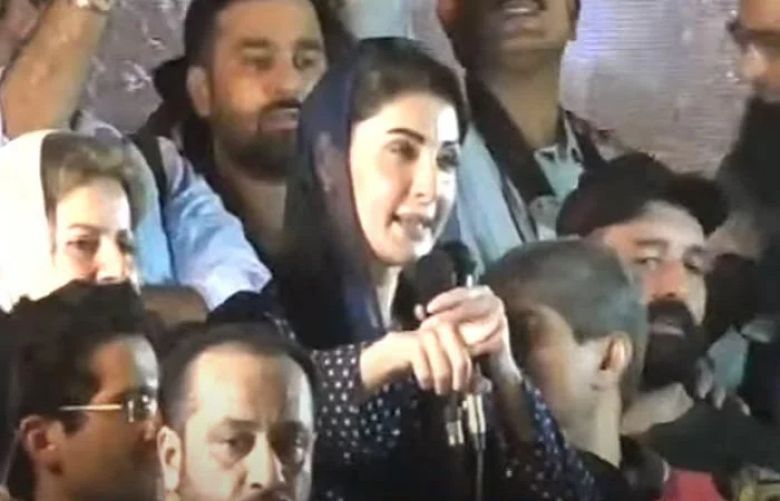 PML-N Vice President Maryam Nawaz Saturday said that the International Monetary Fund (IMF) told the coalition government that it does not trust Pakistan because of the wrongdoings of “fitna” Imran Khan.

Addressing party workers in the PP-167 constituency, Maryam termed the agreement signed with the Fund by the “fitna” Imran Khan as a “bad deal”, adding that the former prime minister took a U-turn by breaching the clauses that Pakistan agreed with the global lender.

At the outset of her speech, Maryam claimed that PML-N supporters from a single constituency present in Green Town are more compared to the number of people attending “fitna” Imran Khan’s “historic rally” on the Parade ground in Islamabad. Khan and Maryam Nawaz were addressing their supporters in Islamabad and Lahore, simultaneously.

Maryam said that the coalition government had to make some decisions with a heavy heart, including increasing the prices of petroleum products, because of the wrongdoings of the “fitna” Imran Khan.

She further added that if Khan had left something in the reserves, the coalition government would have provided relief to the people.

“They [PTI] thought that Maryam would not come out to address public gatherings because of rising inflation, but I want to tell them that I stand with the people when times are tough,” she asserted.