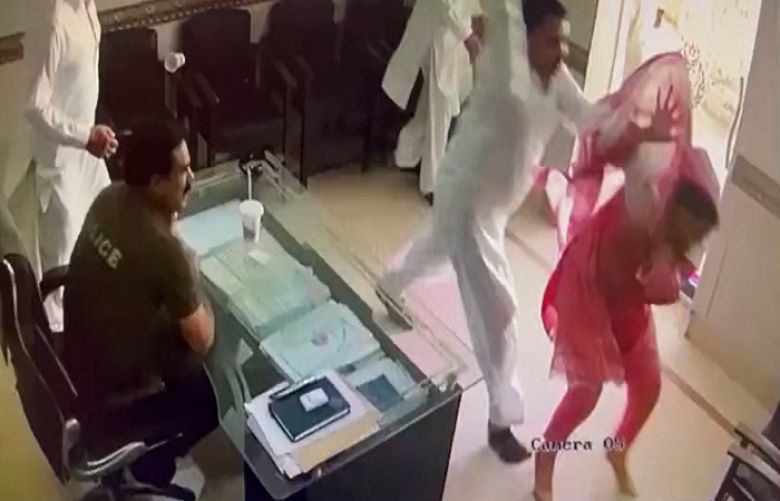 Surveillance footage of a man mercilessly beating a lady doctor at a police station in Bahawalpur went viral over social media.

In the short video clip, a man, identified as Adeel, can be seen beating a woman as she fell to the ground after being struck several times. The man continues to throw slaps and punches at the woman, who is still on the ground and trying to defend herself.

Meanwhile, a police official, coming from behind, slaps the man on his neck. Other people in the video can be seen trying to deescalate the situation as the lady doctor tries to fight back.

According to the Punjab Police, the lady doctor and her husband had a dispute for which they were asked to come to the police station. However, the woman's husband did not come and sent his cousin Adeel instead.

They said that an argument broke out between the woman and the man after which Adeel assaulted the lady doctor, adding that the man was immediately arrested and sent to prison.

The police also said that the SHO of the police station has been removed from his position as he could not stop the incident from happening.

Further investigation is underway, they added.