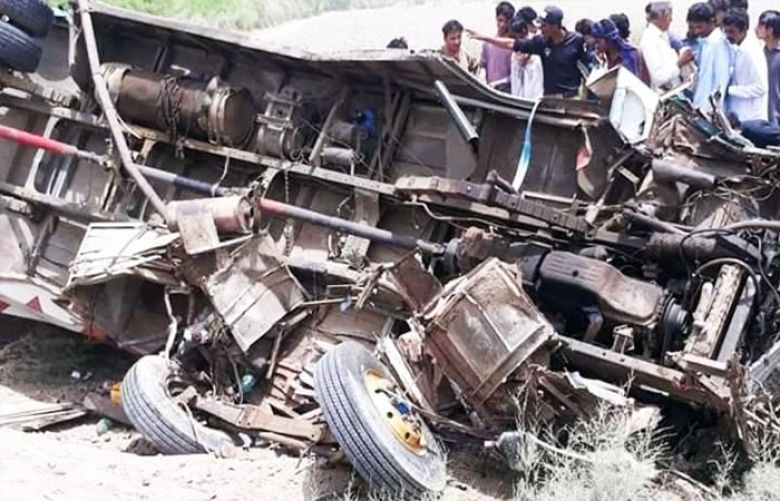 According to details, the accident occurred at the Multan Motorway near Rahim Yar Khan where a passenger coach going to Punjab from Sukkur collided with a trailer due to over-speeding, killing one person on the spot and injuring 15 other.

Police and rescue teams reached the spot and shifted the dead and injured to hospital. According to rescue sources, the death toll may rise further as most of the injured were in critical condition.