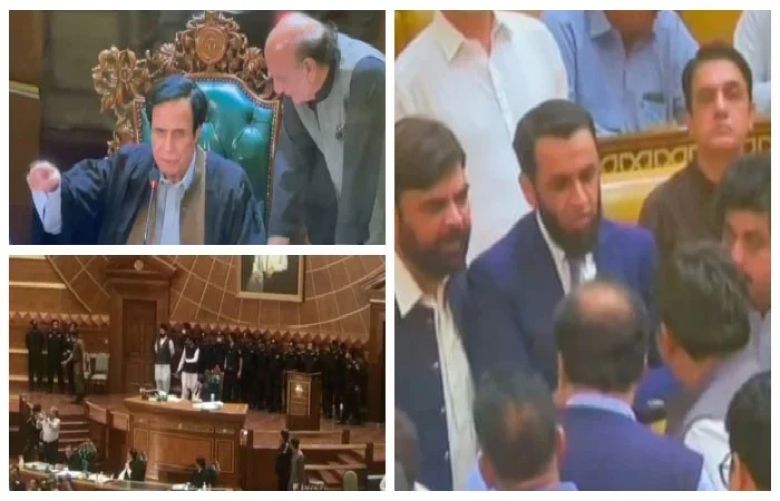 Meanwhile, provincial government's failure to present the annual budget for fiscal year 2022-23 on the second consecutive day on Tuesday seems to have further deepened the political crisis in the province.

Governor Balighur Rehman prorogued the assembly session on Tuesday, summoning it at the Aiwan-e-Iqbal today (Wednesday), but the deadlock with Punjab Assembly Speaker Chaudhry Pervaiz Elahi continues as he refused to accept the governor's decision. Instead of going with the session at Aiwan-e-Iqbal, Elahi adjourned the assembly session till today.

Therefore, it will be the first time that two separate sessions of the provincial assembly will be held.

The speaker's session has been called at 1pm while the session at Aiwan-e-Iqbal is scheduled to take place at 2pm.

The speaker is also at risk of losing his job if the PML-N moves a no-confidence motion against him in the session summoned by Rehman, which is most likely to be chaired by the PA deputy speaker.

As per legal experts, the Assembly session cannot be resumed when prorogued by the governor as he is the head of the province, and the speaker cannot summon another session. Therefore, the session summoned by Rehman is the legitimate one.