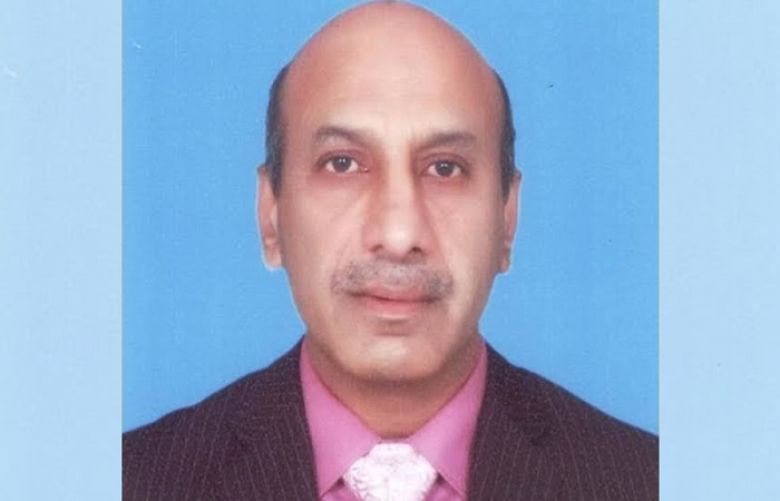 Punjab police on Saturday night arrested Punjab Assembly Director General for Parliamentary Affairs Rai Mumtaz after a PA session was summoned ahead of the scheduled date.

In a surprise move, PA Speaker Pervaiz Elahi convened a meeting of the provincial assembly today (Sunday). The assembly was previously slated to meet on May 30.

The Punjab Assembly spokesperson confirmed reports of Mumtaz's detention, saying that the police leaped the walls of the DG's house. He said that the houses of PA Secretary Muhammad Khan Bhatti and Coordination Secretary Inayatullah were also raided.

The spokesperson further stated that they also have video evidence of the raids on assembly official's residences.

He also accused police of vandalism during the raids.

Keeping the intensifying situation in the provincial politics in mind, the police has been directed to stay on high alert and a heavy police force was deputed in the surroundings of the provincial assembly.

The administration closed the doors of the PA while barbed wires were placed in front of the assembly building. Punjab assembly staff said that even they are not allowed to enter the assembly.

"The arrest of an assembly official and raids is a proof that the government is panicked. The face of the Sharifs is being exposed before the nation," Elahi said.

He said that the government is revealing new tactics after violating the sanctity of Parliament, as he referred to the Punjab Assembly ruckus during the election for the chief minister. The government is taking unconstitutional steps, he added.

Elahi, while referring to PM Shehbaz Sharif and Punjab Chief Minister Hamza Shahbaz, said "the father-son duo are doing this to the assembly because they have less numbers."

He questioned how he could assume charge as the Punjab governor when Omar Sarfaraz Cheema still serves the post. He said that he is still a candidate for the CM's slot.

Despite the security situation around the PA, the speaker urged the MPAs to reach the assembly by 12.

"The assembly will surely meet today. Let's see who stops the elected MPAs from entering the assembly," Elahi said, adding that they will face the government's fascism firmly.

He said that all MPAs will attend the session as no one can stop the elected representatives from going to the assembly.

Meanwhile, PTI leader Musarrat Jamshed Cheema said that there is lawlessnes in the country and no one is safe here. She said that the PML-N is in the government to close all the cases against its leaders.

This is the third time that the date of the PA session has been changed as the speaker first gave the date of May 16 when the assembly was scheduled to meet in the first week of May. However, the session wasn't held on the given date and rescheduled for May 30.

Given the dramatic change in the numbers game in the PA after the Election Commission of Pakistan's decision to de-seat the dissident PTI MPAs, Elahi called the assembly meeting just on the notice of one day.