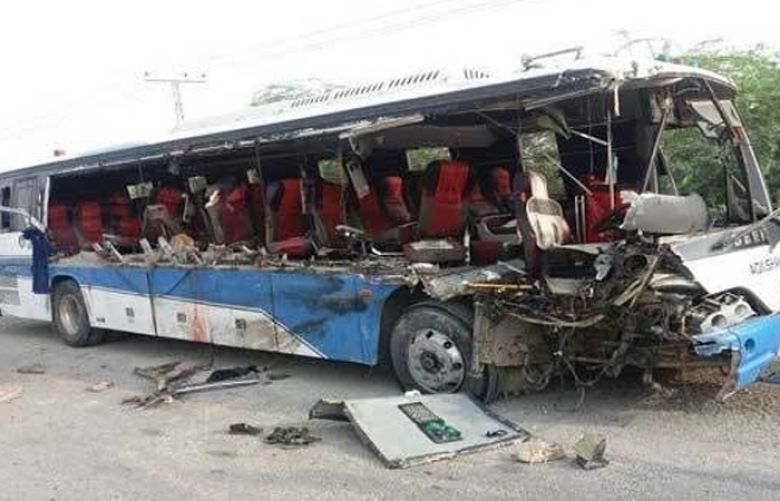 At least three persons were killed and more than 20 other were wounded when a bus turned turtle in Nawabshah in the wee hours of Saturday.

According to detail, the ill-fated bus was going to Punjab from Karachi when it overturned in Nawabshah due to over-speeding, killing three persons and injuring more than 20 other.

Rescue teams reached the spot after getting information and shifted the dead and injured to People’s Hospital Nawabshah.