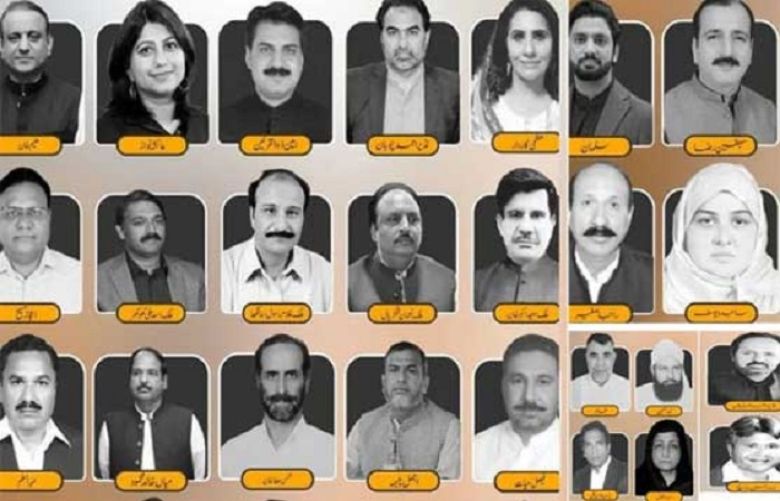 The ECP announced the unanimous verdict while accepting the reference against PTI dissidents who voted for Hamza Shahbaz in the election of Punjab chief minister, sent by Punjab Assembly Speaker Chaudhry Pervaiz Elahi.

"MPAs defected from the party by voting in favour of Hamza Shahbaz," the ECP said in the verdict.

In the election for the chief minister's slot on April 16, 2022, PML-N leader Hamza Shahbaz got 197 votes as opposed to the required number of 186 in the House of 371, meaning the support of PTI dissidents was key to his victory.

Hamza will now lose the majority as the dissidents have been de-seated.

The verdict has gained special significance after the Supreme Court’s interpretation of Article 63(A), holding that the vote of dissident MPs cannot not be counted.

The ECP bench, headed by Chief Election Commissioner Sikandar Sultan Raja, had reserved the verdict on Tuesday after listening to the arguments of PTI lawmakers.

The dissidents had argued that since they did not get any clear policy guidelines from the parliamentary party and in the absence of any direction, the party can not move against them.

Who are the de-seated MPAs?

“Some of the political parties have used politics for businesses as they are involved in horse-trading,” Umar said, adding that these people [the current leadership] come into power by investing money and earn more by misusing their power.

He highlighted that it was the former prime minister and PTI Chairman Imran Khan who stood against such political practices.

Referring to the Supreme Court’s verdict on Article 63(A), Umar said that first the apex court’s verdict and now the ECP’s decision is a “great achievement”.