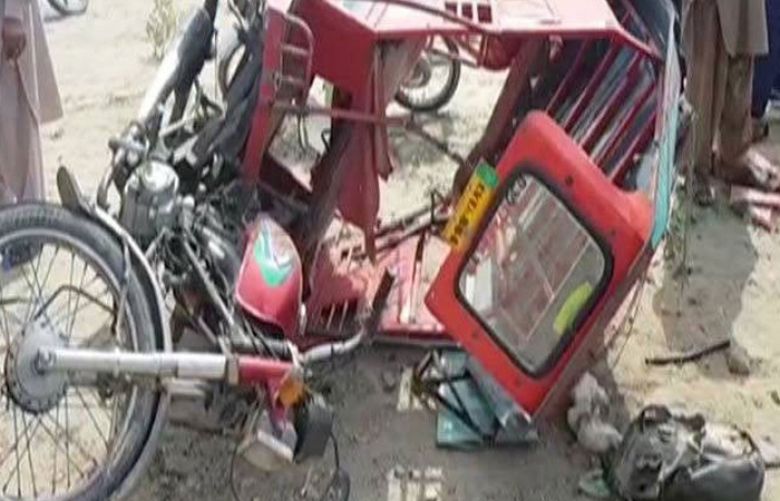 At least two persons were injured when the motorcycle they were riding on was hit by a rickshaw in Bahawalnagar on Wednesday night.

According to details, the accident occurred near Donga Bonga area of Bahawalnagar where a recklessly driven rickshaw hit a motocycle due to which two persons sustained critical injuries.

Rescue teams reached the spot after being informed and shifted the injured to District Headquarters Hospital.

Road accidents are quite common in Pakistan, making it one of the hazardous countries. Pakistan has one of the world’s worst records for fatal traffic accidents, blamed on poor roads, badly maintained vehicles and reckless driving.