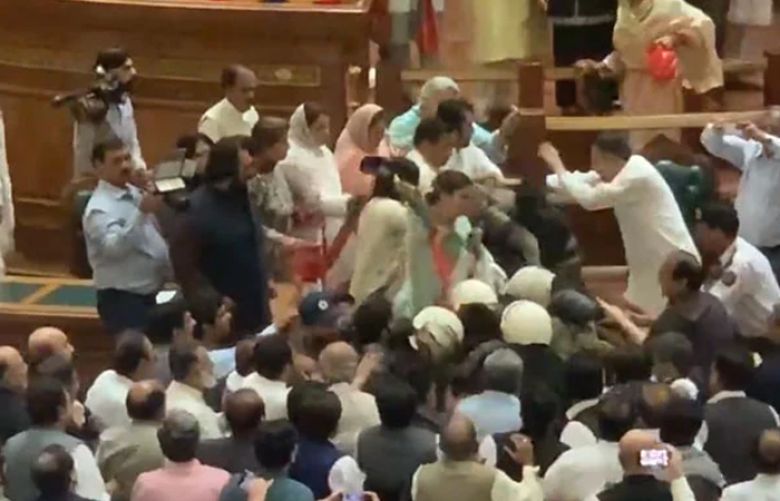 The clash between the Speaker Chaudhry Pervaiz Elahi and the Deputy Speaker Dost Muhammad Mazari has increased over how the police came inside the Punjab Assembly.

According to details, the Secretary of Punjab Assembly Muhammad Khan Bhatti, on the orders of the Speaker of the Punjab Assembly wrote a letter in this regard to the Chief Secretary and Inspector General (IG) of the police.

Moreover, Chaudhry Pervaiz Elahi got upset from the Chief Secretary and IG Punjab on implementing the courts order.

As per sources, the letter came forth on the media in which it was stated that on April 16, strict action will be taken against the police officials who entered the Assembly.

Whereas on the before mentioned date, Secretary Muhammad Khan Bhatti was suspended according to the Deputy Speaker and inquiry is underway against him.