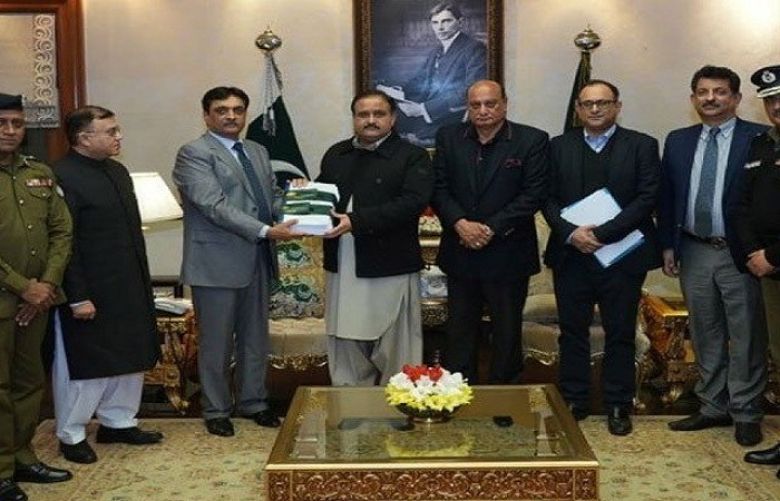 Punjab Chief Minister Sardar Usman Buzdar has suspended 15 officials and issued an order for disciplinary action against them in the light of an inquiry report over the Murree tragedy that claimed the lives of 23 people earlier this month.

The nation was left stunned when the news of 23 deaths owing to a deadly blizzard in Murree hit the mainstream and social media.

The deaths of the tourists, including women and children who had flocked to the scenic spot to witness the snowfall, were nothing short of the tragedy.

The visitors 'froze to death' in their vehicles, amidst tonnes of snow in the surroundings as a snowstorm gripped the valley.

A five-member inquiry committee set up in connection with the Murree tragedy had recorded the statements of government officials and surviving tourists and prepared a report on January 16 which was presented to the Punjab CM the next day.

Addressing a press conference later, CM Buzdar said, "15 officers have been suspended and disciplinary action has been ordered against them over Murree tragedy.

He said he Rawalpindi commissioner has been removed from his post and sent to the federal government and it was also recommended to suspend them.

Murree ASP was removed from his post and his services were been handed over to the federal government, he further said. It has been recommended to suspend him and disciplinary action be taken against him, he added.

The Punjab chief minister said, “I’ve fulfilled my promise of a transparent investigation into the tragedy to the nation”.

The chief minister said that the tragedy that took place in Murree was extremely painful in all respects. He said that a high-level inquiry committee headed by Additional Chief Secretary was constituted to determine the causes and those responsible for this mishap.

“I had promised a transparent inquiry into the tragedy along-with action against those responsible which has been fulfilled.”

The investigation report revealed that the officers of the concerned departments kept informing each other about the situation through WhatsApp and did not take any action. The officers could not understand the situation nor did they take the situation seriously. Due to this the rescue plan could not be implemented, it added.

In the report, the inquiry committee held the administration responsible for the Murree tragedy and wrote that the incident occurred due to administrative negligence.

The report stated that the administration continued to ignore warnings of the Pakistan Meteorological Department (PMD) despite five days of snowfall.

On Friday, the preliminary findings of the probe revealed that 20 out of 29 snow-removing machinery and snowmobiles had failed to respond promptly to the Murree incident that claimed 22 lives.

The probe revealed that drivers and other staff were also found to be absent from their duty despite several warnings issued by the Met Office about a severe snowstorm through print and electronic media.