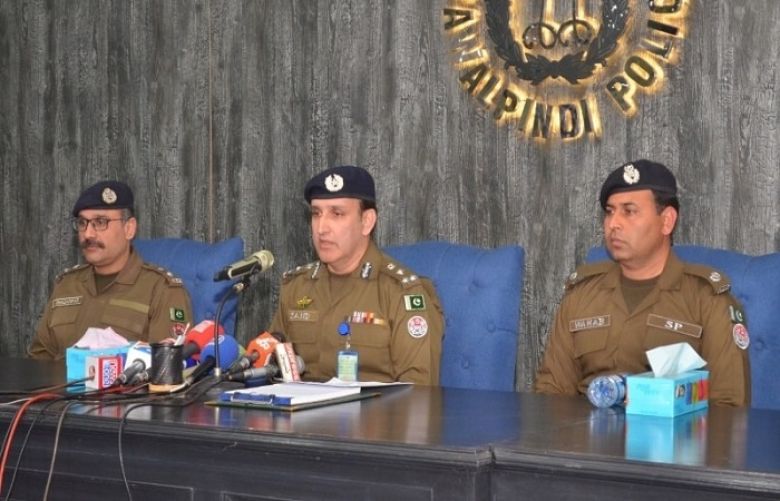 The body of Wajiha Swati, a US citizen of Pakistani origin who went missing from Rawalpindi in October has been found, police said on Saturday.

City Police Officer Rawalpindi Sajid Kiani, addressing a press conference, said that the case is under investigation and the police will not divulge too many details at this point.

Kiyani did reveal some aspects that came to light during investigations, such as Swati arriving in Pakistan on October 16 and being received by her former husband, Rizwan Habib.

He went on to say that three people — Habib, his father and one other suspect — have been arrested in connection with the case.

The CPO said that Wajiha's body was found from Lakki Marwat's Pizu area and that it is being brought to Islamabad.

He said that further investigations are underway and further arrests are expected.

The police officer said that the probe team gathered sufficient evidence after which the arrests were made. He added that the US embassy sought details from the police owing to Swati being a US citizen.

"How the murder was carried out, what weapon was used, is something it would be too premature to comment on," the CPO said.

He vowed that the police will ensure the culprits get their just desserts.

Earlier in the day, sources within the police claimed that her ex-husband, Rizwan Habib, has confessed to killing her.

Habib "confessed to his crime" during police interrogation, the sources said.

The sources said that Swati came to Pakistan from England on October 16 to resolve property issues with her ex-husband.

The US woman was murdered the same day she arrived in Rawalpindi, they added.

A case relating to her abduction was registered at Morgah Police Station in Rawalpindi on the complaint of her son.

According to the sources, Habib said that he had killed Swati on October 16 and buried her body in Hangu.

On the directions of RPO Rawalpindi, a police team was sent to Hangu to recover the body.

DPO Ikramullah Khan said that the police arrested Habib's father last night from Hangu on charges of aiding and abetting the murder.

The DPO said that Swati's body has yet to be exhumed.

On December 23, the Lahore High Court Rawalpindi Bench's Justice Raja Shahid Mehmood Abbasi ordered the city police officer (CPO) to recover Swati soon otherwise the court will summon the Inspector General of Police. The court had ordered the police to present her in court after recovering her.

Rawalpindi police arrested Habib and produced him before the judicial magistrate Zaheer Safdar. The court handed over the accused to the police on a four-day physical remand.