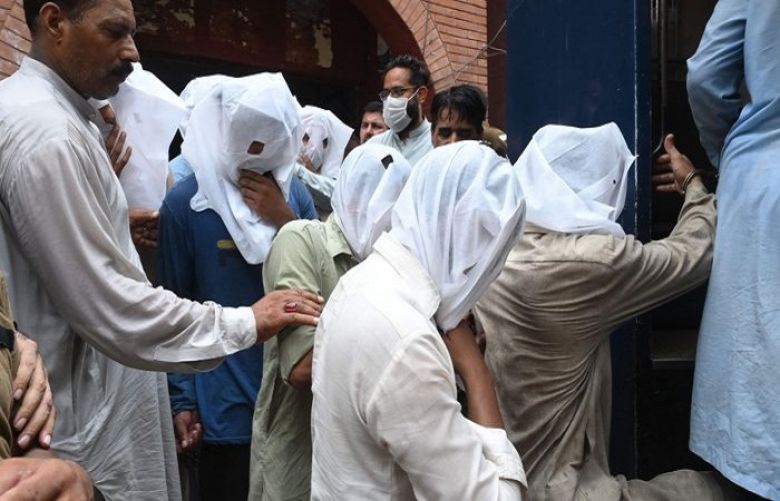 Punjab Police arrested 26 more persons on Sunday for their alleged involvement in the Minar-e-Pakistan harassment and assault case.

Police said raids were carried out in Faisalabad, Kasur and Sheikhupura during which 26 people were arrested, bringing the total number of arrested persons to 92.

A day earlier, Punjab Police had arrested 66 persons over their alleged involvement in molesting and beating a woman at the Minar-e-Pakistan on Independence Day.

Police sources said 407 people in total were included in the Minar-e-Pakistan harassment investigation. Besides the 92 arrested, police have released the rest of the ones who were questioned.

On August 18, Prime Minister Imran Khan had taken notice of the Minar-e-Pakistan incident where a female Tiktoker was assaulted by a mob of hundreds of men.

A close aide of the PM, Sayed Zulfiqar Bukhari tweeted that PM Imran Khan personally spoke to IG Punjab on the manhandling of the woman and the vandalisation of Ranjit Singh’s statute at Lahore Fort.

The Minar-e-Pakistan incident came to light after a video went viral on social media, showing hundreds of men attacking a woman as she sought to record a TikTok video with four of her friends to celebrate Independence Day.

The police registered a case against 400 men for assaulting the woman.

Culprits being identified through videos

“The incident of assault on a woman in Greater Iqbal Park is a shameful act which has brought shame to the society,” Fayyaz Chohan said in a statement.

He said that the accused involved in the video are being identified and will be brought to justice.