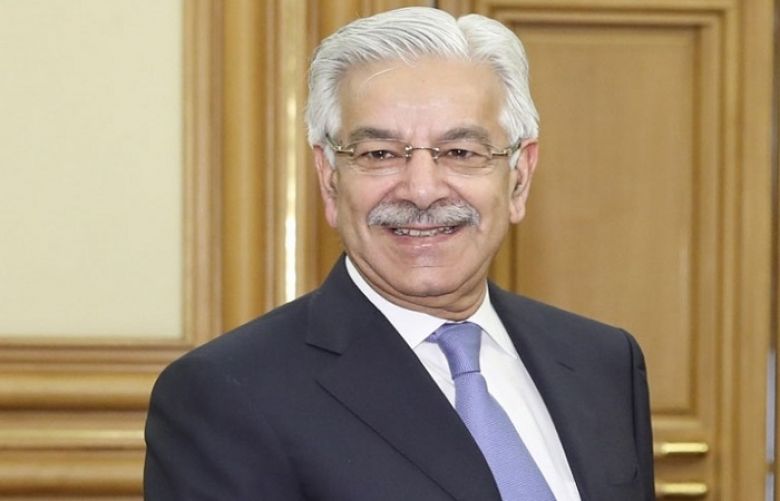 An accountability court in Lahore has ordered the National Accountability Bureau to file a reference against Pakistan Muslim League -Nawaz’s Khawaja Muhammad Asif soon. It has also exempted the PML-N leader from court appearance until then.

Judge Shaikh Sajjad Ahmed issued on Friday a written order after hearing Asif’s petition for the exemption. The court announced relief for Khawaja Asif on Thursday.

The court ordered that the NAB’s special prosecutor must provide updated information to the officer investigating Asif’s assets that, the accountability body claims, were accumulated by money earned beyond means.

The accountability court has said that NAB had not filed any reference against Asif and without a reference court proceedings were leading to nowhere. It said Asif would be summoned once the NAB filed a reference.

Pending a reference from the NAB, the file against Asif would be consigned to the record room.

Earlier, the NAB prosecutor had opposed the exemption during the court hearing on Thursday, saying the accused was under a legal obligation to appear before the court unless a formal judgment is made.

Asif’s lawyer responded by saying that that was exactly what his client had sought: they had been asking for an exemption until the reference is filed.

The NAB had arrested Khawaja Asif in December 2020 from Islamabad. However, the Lahore High Court released him on bail in June 2021.

Former Defense Minister Khawaja Asif faces four charges of wrongdoing including hiding his true source of income and accumulating assets beyond means. The NAB claims his assets grew from Rs51m in 1991 to Rs222m in 2018.

Before the 2018 general elections, the Islamabad High Court had disqualified him for holding an Iqama, but the Supreme Court quashed the judgment, allowing him to run for public office.