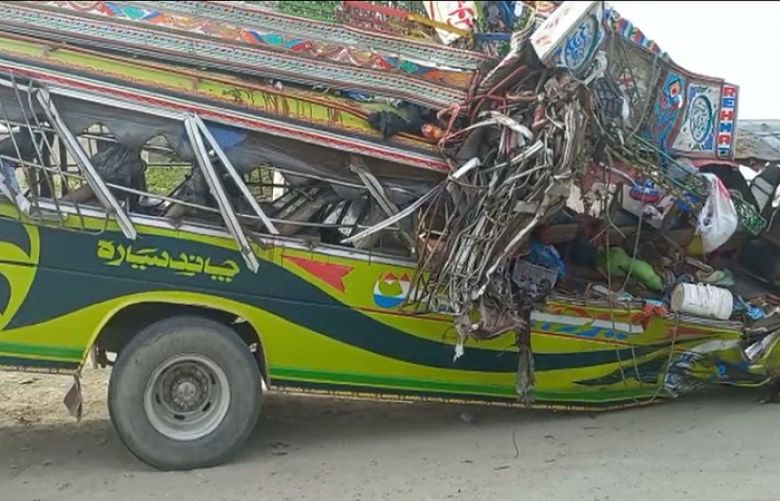 At least 27 people were killed and over 40 were injured on Monday when a passenger bus collided with a truck on the Indus Highway in Dera Ghazi Khan, Punjab, officials said.

The bus was travelling from Sialkot to Rajanpur.

Commissioner Dera Ghazi Khan Dr Irshad Ahmed confirmed that 29 people, including women and children, had died in the incident. He said rescue officials reached the site soon after the accident, adding that dead bodies and the injured where being transferred to the DHQ Teaching Hospital DG Khan.

According to the hospital management, four of the injured were in a critical condition.

Interior Minister Sheikh Rashid expressed his sorrow over the deaths in the accident. He said the incident was nothing less than a "calamity" for people going back home for the upcoming Eidul Azha holiday.

"May God raise the dead to a higher level in Paradise [and] give the family the courage to bear the trauma," he tweeted.