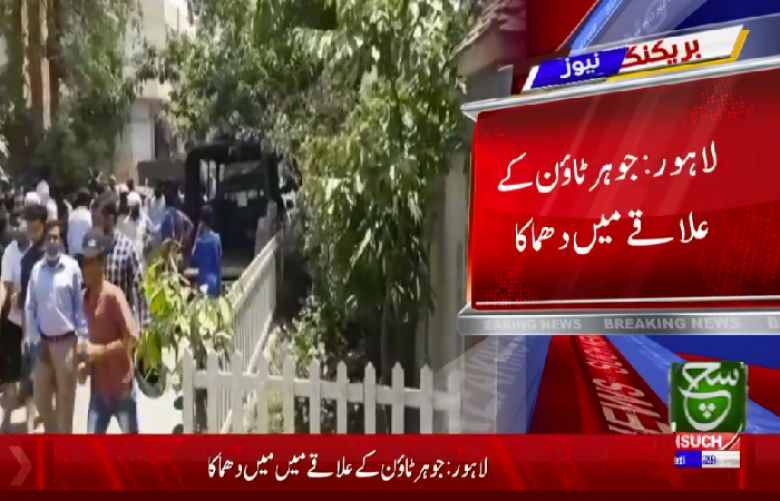 At least three people, including a six-year-old boy, were killed while 23 others got injured in a blast outside a house in Lahore’s Johar Town area on Wednesday, reported.

Speaking to the media at the site of the blast, Punjab IG Inam Ghani confirmed that it was a bomb blast. “A bomb planted in a car went off. It cannot reach its target due to police barriers,” he said. “The police were the target of the bomb blast.
Earlier today, Capital City Police Officer (CCPO) Ghulam Mahmood Dogar visited the site of the blast and said the nature of the explosion has not yet been ascertained.

An eyewitness claimed some explosive material planted on a motorcycle went off.

Rescue sources relayed that the injured were shifted to the Jinnah Hospital for medical attention. Three of the injured are in critical condition, they added.

Seemingly, the sources said, the blast was caused by a main gas pipeline exploding in the residential area. However, it is yet not clear what exactly caused the blast. They said that the explosion was heard far and wide and was so powerful that the windowpanes of adjoining buildings were shattered.

A rickshaw and motorcycles parked nearby were completely destroyed by the blast, the police said. The site of the blast has been cordoned off with a bomb disposal squad collecting evidence.

Meanwhile, Punjab Chief Minister Usman Buzdar took notice of the blast and directed the provincial police chief to submit a report after conducting a thorough investigation into it.

He instructed that those responsible for the explosion be brought to justice at once and the best possible medical aid be provided to the injured. He called for declaring a medical emergency at the Jinnah Hospital and other health facilities in the provincial capital.