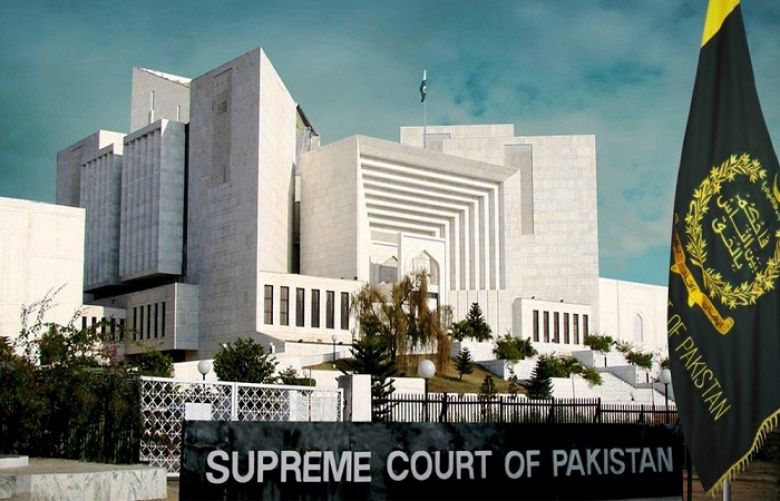 The Supreme Court of Pakistan on Thursday heard a petition seeking the restoration of Punjab's local bodies. The Chief Justice of Pakistan Gulzar Ahmed heard the case.

During the hearing, the Punjab government's counsel Qasim Chauhan maintained that one of the reasons for not holding the local bodies elections in the province was the ongoing pandemic.

In response, Justice Ijaz-ul-Ahsan said that the elections were announced six months after the local government departments were abolished, adding that the date for the proposed elections was extended for another 21 months and the decision to hold them is now subject to approval from the Council of Common Interests.

Justice Ijaz-ul-Ahsan further said that the federal, provincial, and local governments can be abolished for a limited period, but [by not holding local bodies elections for such a long time] people have been deprived of their representatives.

In his remarks, the CJP said that repealing laws and reintroducing them overnight is something "unprecedented across the globe."

Chief Justice Gulzar Ahmed said: "How can you explain that people should be kept away from elected representatives? Laws can be made under Article 140 but institutions cannot be abolished. Who has given you the wrong suggestion of bringing about an act."

"Every government has a status, whether it is federal, provincial, or a local one."

The Supreme Court said that Section 3 of the Punjab Local Government Act violates Article 140A of the Constitution and is unconstitutional.

The Chief Justice added that the people elected the local body representatives for five years, therefore, they cannot be sent home on the basis of a notification.

The Supreme Court accepted the pleas filed by PML-N leader Danial Aziz and citizen Asad Ali Khan and ordered the restoration of the local bodies of Punjab.