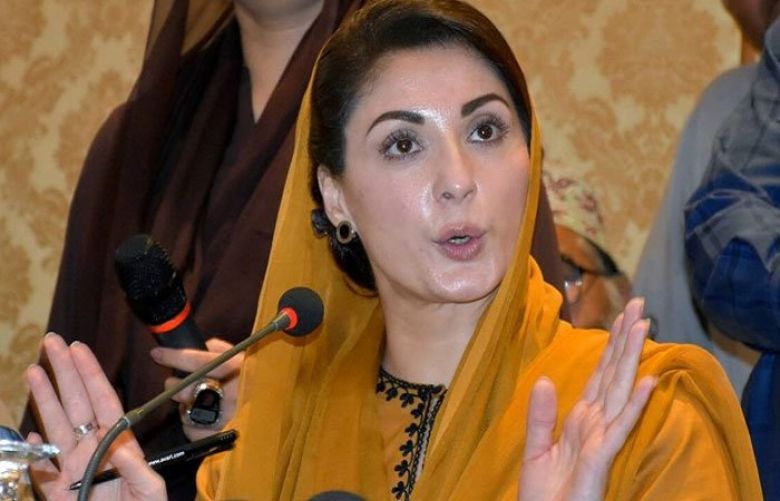 PML-N vice president Maryam Nawaz on Sunday said that because of the "chaos that the ruling PTI created at the NA-75 constituency's polling station in Daska during the by-election on Friday, Feb 19, Nawaz Sharif's narrative of respecting votes is once again echoing across Pakistan."

It should be recalled that clashes between people outside of the polling station led to the loss of at least two lives, while three other people sustained injuries.

While addressing a jalsa in Daska on Sunday, Maryam Nawaz said that the people of the city proved that they would "not bow down to those who stole votes."

Speaking about PML-N worker Zeeshan who died due to firing in Daksa during the polls, Maryam said that the police have registered a case against his brother for the unrest.

"PML-N members are being punished for supporting the party," Maryam said, adding that the PTI used every tactic under the sun to derail the election that day because the PML-N was winning and the ruling party felt threatened.

"The PTI knew that it was about to face humiliation in the NA-75 constituency, therefore, its workers not only created chaos in Daska but even went to Wazirabad and Nowshera to torture PML-N voters," she said.

"However, the people of Pakistan know how to safeguard their votes. The party which steals votes [to come into power] should be ashamed of itself," Maryam Nawaz said while taking a jibe at the ruling PTI.

She said that the firing incident in Daska took place under the noses of PTI candidates, adding that the situation was created to terrorise the masses [and stop them from coming out to vote for PML-N].

"The people of Daska proved that they would not bow down to those who stole votes," she said. "Those who respect the sanctity of votes defeated fear and stood up to tyranny."

She went on to say that when PTI workers could not do anything to derail the by-polls, they tried to slow down the polling process.

"There were long queues of people standing outside polling stations because the ruling party deliberately slowed down the process," she said, adding that when asked about the reason for the undue delay, the PTI blamed it on the heavy fog.

The PML-N leader added that when the votes were recounted, 300 of them turned out to be fake votes.

"I salute the intellectual abilities of Imran Khan, who came to power through stolen votes," she said. "His stupidity turned the Daska election into a country-wide election as people realised that the general elections of 2018 were also rigged."

Maryam Nawaz said that the PTI "never had a narrative of its own," adding that it was Nawaz Sharif's narrative of giving respect to the vote which has once again become echoing across Pakistan.

"All these people [of the PTI] cannot compete against Nawaz Sharf," she concluded.