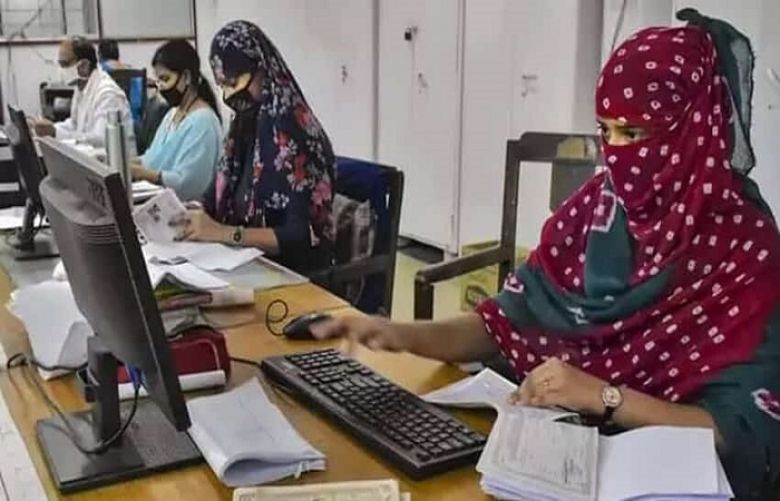 File Photo 50% of staff in Punjab's public, private offices to work from home

The Punjab government has directed public and private offices throughout the province to ensure that 50% of the staff works from home, as a measure to stem the spread of the coronavirus.

According to a notification issued by the Primary and Secondary Healthcare Department on Monday, the new order comes into effect immediately and will remain applicable till January 31, 2020.

The decision by the Punjab government came a few hours after Education Minister Shafqat Mahmood announced that educational institutions will remain closed throughout the country till January 11.

The minister, after a meeting with education ministers of all four provinces, decided that students will take classes from home till December 24. From December 24 to January 10, they will be on a winter break.

"All ministers have mutually decided that to keep all educational institutions, including schools, colleges, universities, and tuition centres closed. However, online classes will continue from November 26 to December 24 after which winter break will start. Schools will reopen on January 11, 2021," Shafqat Mahmood had said during the news conference.

Mahmood had said that children's health and safety is the top-most priority of the government, adding that examinations scheduled to take place in December will be postponed, with the exception of a few professional exams.

During the meeting, it was decided that micro-decisions regarding examinations and other matters will be taken by the respective provinces.