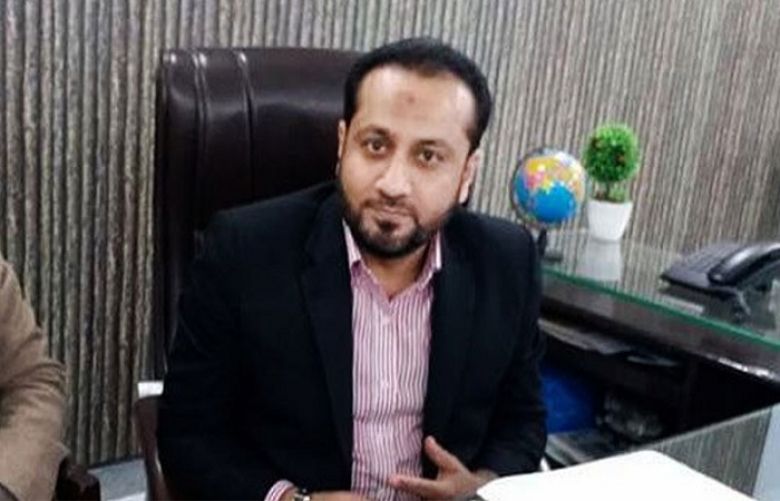 A Pakistan Muslim League Nawaz Member of Provincial Assembly (MPA) and PML-N Lahore General Secretary Khawaja Imran Nazir has been arrested by police officials in a case related to attack on National Accountability Bureau (NAB) office in Lahore during the appearance of Maryam Nawaz.

Khawaja Imran Nazir, who was declared wanted by police in the case over allegedly clashing security officials outside NAB office and hurling stones, has been stopped by the police officials of Faisal Town police station after identifying his vehicle with the Safe City cameras.

The lawmaker, while talking to journalists at Faisal Town police station, alleged that the government was afraid of the next political show of Pakistan Democratic Movement (PDM) scheduled in Rawalpindi. He added that the rally will be held at any cost.
Maryam Nawaz has termed PML-N Lahore’s secretary-general Nazir’s arrest as ‘preemptive attack’ before the PDM rally in Lahore ‘which they know will be the final nail in the coffin.
After his arrest, an investigation police team of Chung police station reached Faisal Town police station to take custody of the PML-N provincial lawmaker. PML-N senior leader Sardar Ayaz Sadiq and Khawaja Saad Rafique have also reached the police station.

He is facing charges of bringing stones in his vehicle during the appearance of PML-N vice president Maryam Nawaz before the NAB investigators.