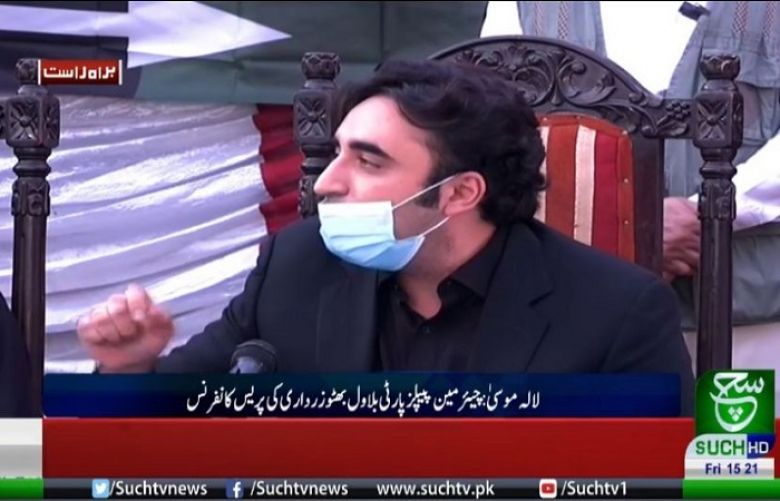 Pakistan People’s Party (PPP) chairman Bilawal Bhutto Zardari on Friday said that his party believes in the supremacy of the parliament.

Addressing a press conference before leaving for Gujranwala to attend the first public gathering of the Pakistan Democratic Movement (PDM), Bilawal Bhutto Zardari said that his party can never think of bypassing the parliament.

He alleged that several laws were passed through the parliament against the law. The PPP stalwart said that PDM’s anti-government drive has begun. Our demands are infront of the people of the country.

Reiterating his resolve not to harm the democratic process in the country, Bilawal said we want the success of the movement in a democratic way.

The PPP chairman said he will personally lead the election campaign in the upcoming polls of Gilgit Baltistan.