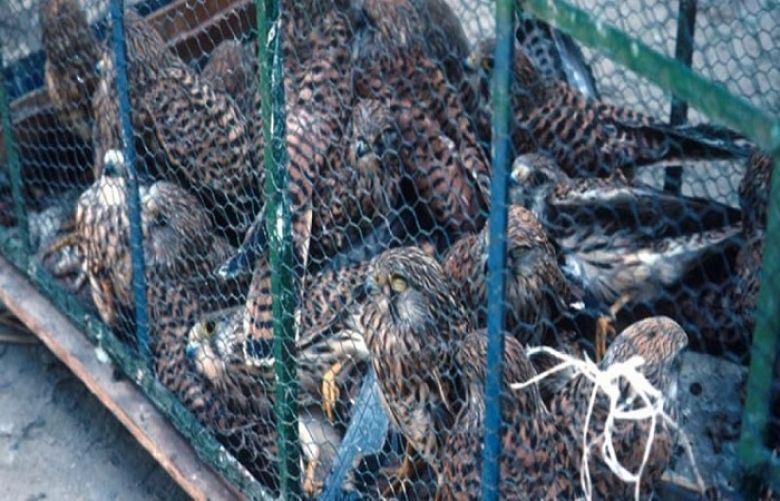 The Wildlife department on Tuesday thwarted the smuggling of precious birds in Rahim Yar Khan.

As per details, the birds were being smuggled to Karachi via Khyber mail train. The Wildlife department on a tip-off raided the train and recovered the precious birds, who were kept in four boxes.

The precious birds were shifted to Wildlife park by the authorities, said the spokesperson.

Earlier in June, the railway police officials had foiled a bid to smuggle expensive Chinkara deer hidden inside a wooden box from the parcel office at Karachi Cantt Station.

The railway police officials said that two expensive Chinkara deer had been recovered from parcel office at Karachi Cantt Station. The deer were hidden inside a wooden box booked as cargo from the parcel office.