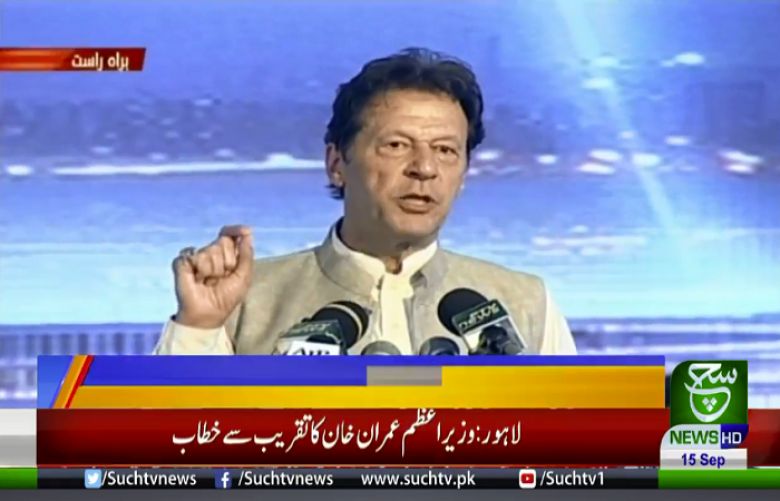 Prime Minister Imran Khan on Tuesday said that it was important to "dream big" to achieve great things in life.

The prime minister was addressing the ground-breaking ceremony in Lahore of the Ravi Riverfront Urban Development Project.

"Standing here, I feel like the Naya Pakistan that we dream of, I can see it today," he said.

PM Imran said people are always questioning where the Naya Pakistan they were promised is, but it must be understood that when past rulers leave a country deep in debt, belt-tightening measures have to be pursued and tough times as a consequence are only natural.

"This does not mean that you diminish the scope of your dreams.

"Anyone who every accomplished anything was not because of his capabilities, or how educated he was, or how rich, but because he dreamt big," the premier told the gathering.

Referring to Edmund Hillary — the first man to scale Mount Everest — he said that it is the dream that takes people far.

He further quoted the saying: "Do not judge a person by what he is but what he aspires to be."

The prime minister said we do not recognise our full potential because we have a very limited view of things.

"Our thinking is such that when we come into power, we make our sugar mills, put up factories, make money and purchase homes in London and that's the extent of it.

"Big thinkers are like Mahathir Mohammad. He has made a new city in Malaysia and it worth seeing. Their capital was made by Mahathir Mohammad. When he was starting out, people told him he would fail. Look at what he has achieved. Any big achievement always starts out as a dream," the prime minister said.