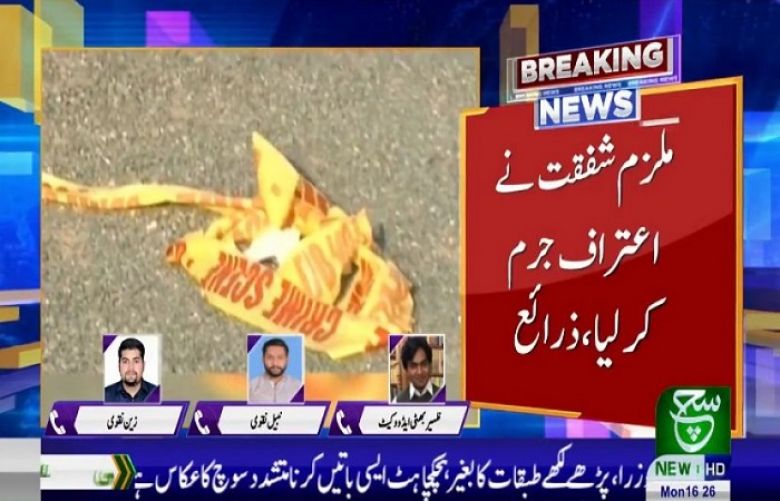 An accomplice of the prime suspect in the motorway gang-rape case has confessed to the sexual assault, despite key suspect Abid Ali remaining in the wind.

The sources added that Shafqat, with whom key suspect Abid Ali used to commit crimes, confessed to gang-raping a woman when her car had broken down on the Lahore-Sialkot motorway on Sept 9 even before his DNA test was carried out.

An official DNA test of Shafqat, a resident of Bahawalnagar who was arrested from Dipalpur, would still be conducted soon, the sources said, adding that the sample taken from him has already matched the one obtained from the rape survivor.

No official conclusive DNA report has been issued yet, the sources clarified.

The Lahore motorway gang-rape case has sent shockwaves through the entire country and sparked major protests across Pakistan, with many demanding capital punishment for the perpetrators and a conversation on sexual abuse being taken up in mainstream debates.

On the other hand, the prime suspect, Abid Ali, remained at large, and police teams were conducting raids at different locations to search for and arrest him.

Waqarul Hassan Shah, the other suspect the government of Punjab had identified in the case, had surrendered himself on Sunday at Lahore's Model Town police station. He had claimed that his brother-in-law was using the mobile phone that had wrongly implicated him in the crime, adding that he himself was not involved.

It was Waqar who told police that the prime suspect, Abid, used to commit crimes along with an individual named Shafqat.

Police had earlier dispatched teams to Bahawalnagar and Sheikhupura to arrest Shafqat. Abid's brother-in-law and other relatives had also been arrested, they had added.

Police shared on Monday that further investigations have suggested that Waqarul Hasan may indeed not have been involved, adding that a final decision on the matter will be taken after they receive the DNA report of the suspect.

Punjab Information Minister Fayyaz ul Hasan Chohan, when asked about the delay in the arrest of Abid Ali, compared the case to the 2018 rape and murder of seven-year-old Zainab.

The minister said Abid Ali had committed rape for the first time in June 2013 and a first information report (FIR) was lodged against him but he was released after some time during Shahbaz Sharif’s government. He also shared that the forensic report had also been finalised months after his release.

He recalled that police have carried out geofencing of the area and have been working day and night with 28 teams on the case. He also shared that the law enforcement agency was able to identify Abid Ali “within 72 hours”.

“Yesterday, Waqarul Hassan surrendered after the police closely tracked him down. The police should be given credit where it is due,” said Chohan.

“This is my personal opinion, not the government’s stance, but I think the rapists should be punished publicly after fulfilling all legal terms,” said the minister. He added if this does not happen then a speedy investigation and prosecution should be done.