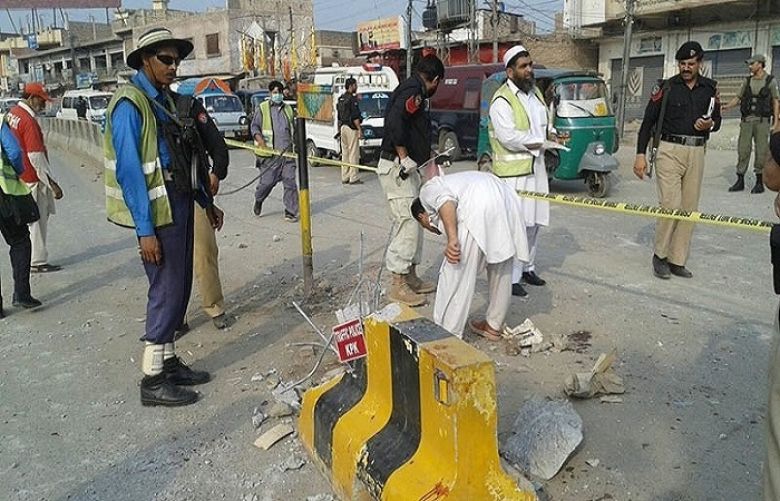 At least three people including two policemen on Monday have sustained severe wounds in a blast in Peshawar.

According to details, the bomb was placed along the roadside, which injured three including two police personnel and damaged a motorcycle.

The law enforcement agencies have cordoned off the entire area and launched an operation.

In a separate blast in the month of March, at least seven people, including two Levies personnel, were injured in Chaman.

According to the police, unidentified miscreants allegedly targeted a vehicle of Levies personnel at Taj Road near the Levies Lines.

The officials had said that the improvised explosive device (IED) was planted in a motorcycle parked on the roadside.