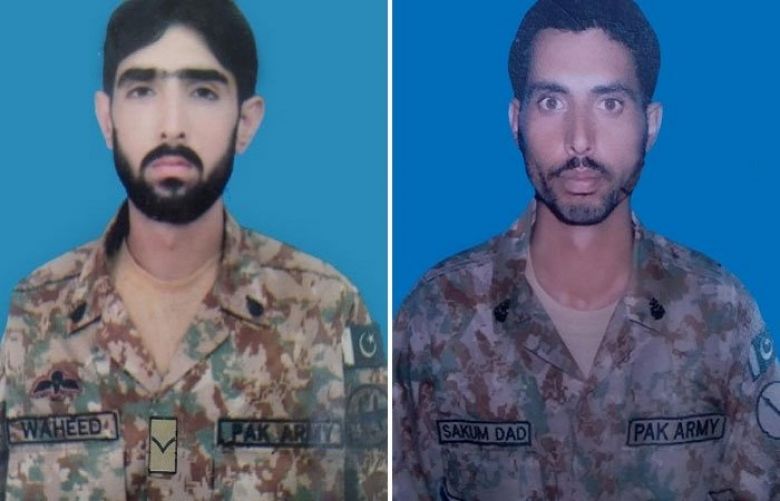 Nine terrorists were killed and two soldiers were martyred during an intelligence-based operation (IBO) in Khaisura and Dossali areas of North Waziristan, Inter-Services Public Relations (ISPR) said on Sunday.

ISPR said security forces conducted an Intelligence Based Operation on credible information about the presence of terrorists in the area.

“During sanitization of the area; fire exchange took place between terrorists and security forces. Resultantly, nine terrorists got killed and one apprehended; whereas, two soldiers embraced Shahadat and five got injured,” the military's media wing said.

ISPR added that during the search of the area, weapons and ammunition were also recovered.

Of the two martyred soldiers, Lance Naik Abdul Waheed hailed from Muzafarabbad, whereas Sepoy Sakum Dad was from Abbottabad.