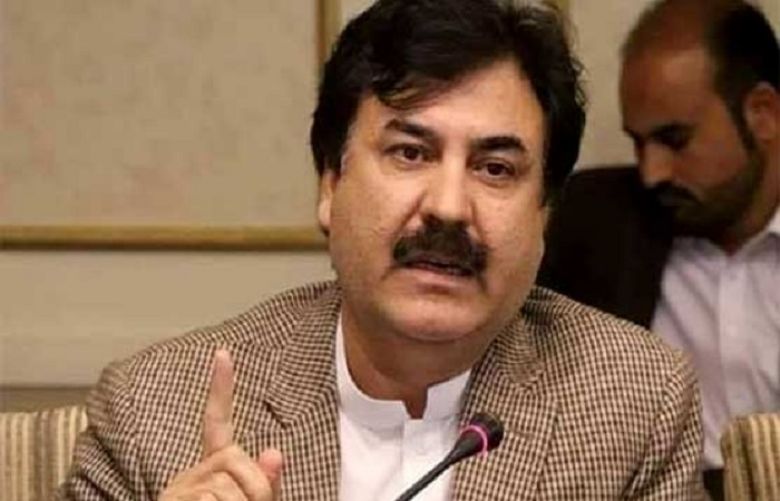 The minister of information for Khyber Paktunkhwa, Shaukat Yousafzai, on Sunday warned the Jamiat Ulema-i-Islam-Fazl (JUI-F) chief against challenging the government’s writ, referring to Maulana Fazlur Rehman's plan to hold the Azadi March in Islamabad on October 31.

Speaking at a press conference, Yousafzai said Fazl was running a baseless campaign against the incumbent government and warned that action would be taken against the JUI-F chief's illegal steps.

“We will not let anyone bring stick-wielding people to the streets,” he said.

The information minister said everyone had the right to protest but government would not allow what he termed was bloodshed on the roads in the name of demonstrations.

Fazl had said Wednesday the participants of his Azadi March would converge on Islamabad on October 31. Speaking to the media, he had noted that although the march would start on October 27, it would take three to four days for workers from far-off areas to arrive in the federal capital.