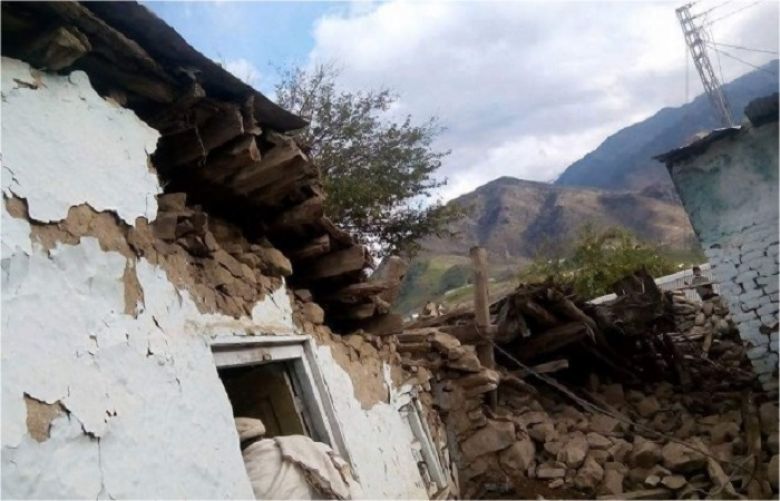 A 4.4 magnitude earthquake on Saturday jolted parts of Khyber Paktunkhwa, according to the National Seismic Monitoring center.

The tremors were felt in Shangla, Kalam and other areas of the province.

The earthquake struck at the depth of 15 kilometers with its epicenter lying 50 kilometers northeast of Kalam.

No loss of life and property was reported from the affected areas.

Over 30 people were killed and many others injured last month when a powerful earthquake jolted several parts of Pakistan, particularly areas of Azad Jammu and Kashmir, Punjab, and Khyber Pakhtunkhwa.

The earthquake damaged houses and buildings in Mirpur, while several cars fell into the deep cracks on the roads.