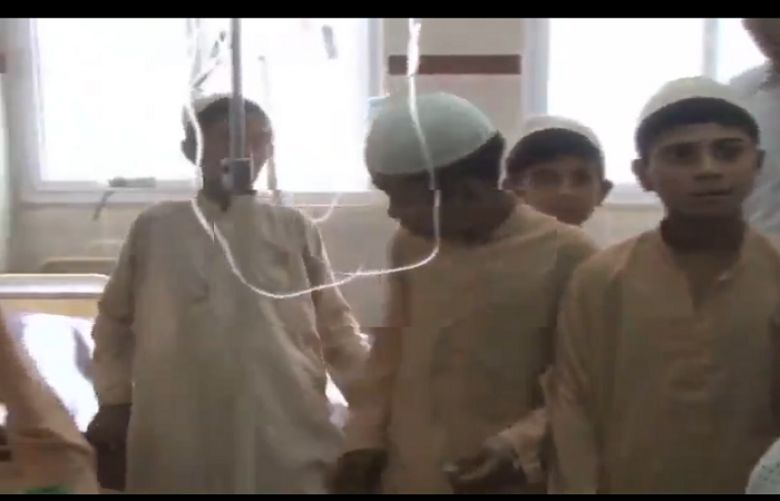 The alleged conspiracy to defame the anti-polio campaign in Peshawar was exposed late night on Monday.

In videos circulating on the social media, a man can be seen instructing young boys, who are in madrassa uniform, to lie on hospital beds and pretend to be unconscious, and the children can be seen following his orders.

EXPOSED :: Watch how young innocent kids were made to lay down in hospital beds and pretend they’re suffering due to Polio vaccination, to give a wrong message to masses regarding the #Polio campaign; SHAME on such people who’re playing with the future of Pakistan ! #Peshawar pic.twitter.com/1f6ZWrrOK7

In another video, the same man is spreading lies regarding the fake and baseless news of deaths of children due to the anti-polio vaccination.

EXPOSED :: Watch carefully how someone was putting words into his mouth regarding the fake and baseless news of deaths due to #Polio vaccination.

InshaAllah, the anti-Polio campaign will continue and we will make Pakistan Polio-Free !
#Peshawar pic.twitter.com/VplLx8v1Ke

The Khyber Pakhtunkhwa government on Monday launched a three-day anti-polio campaign, in which thousands of polio workers were tasked to visit schools and madrassas to administer the oral anti-polio vaccine to children under five years of age.

In the midst of the campaign, around 40 children from a school in Mashokhel village were brought to a hospital with complaints of diarrhea, nausea and headache. As the news of the children’s supposed illness spread like wildfire in Peshawar and nearby areas, panicked parents started rushing their children to hospitals.

The Lady Reading Hospital, Khyber Teaching Hospital and the Hayatabad Medical Complex were soon flooded with anxious parents bringing in their children.

Despite assurances from the authorities that the anti-polio vaccine was completely safe, enraged residents broke down the main gate and set fire at the Mashokhel Hospital in Peshawar.

Police have arrested the man spreading lies in the videos above, and have launched a crackdown against 12 other suspects accused of vandalising property and sabotaging the anti-polio campaign.

Speaking to  Media, Expanded Program on Immunisation (EPI) Coordinator Kamran Afridi said, "There can be no reaction to the anti-polio vaccine. The vaccine was not expired and the condition of all the children is normal."

Afridi further said, "Doctors also said the children did not get a reaction from the vaccine. There are parents in Mashokhel who do not want to administer the drops to their children and they could have fallen sick owing to other reasons."