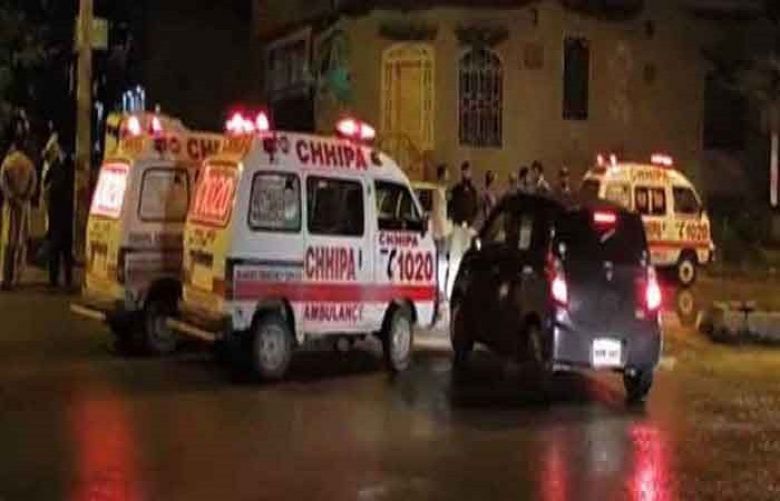 Five suspected terrorists were shot dead in an intelligence-based operation in Peshawar’s Hayatabad locality, on Tuesday.

According to police, a policeman was also martyred in the operation at a house in Hayatabad’s Phase 7.

The operation, which began late on Monday night, is still continuing as security personnel are struggling to clear the area.

A heavy contingent of police reached Hayatabad area following a tip-off about the presence of terror suspects in a house and cordoned it off.

Upon seeing the police personnel, the terror suspects hiding in the house opened fire in a bid to escape. As a result, a policeman identified as Qamar Alam was martyred.

The police personnel, adopting a clever strategy, restricted the suspected terrorists to a portion of the house and cleared its basement and ground floor. The militants were later shot dead in the exchange of fire.

Earlier, Khyber Pakhtunkhuwa’s Information Minister Shaukat Yousafzai told the media on Monday night that the raid was conducted in view of recent terrorist attack on a judge and an additional inspector general in the area.

In February, A judge of the Peshawar High Court (PHC) Justice Ayub Khan Marwat was shot and injured in a deadly attack.

Justice Ayub Khan Marwat got injured when some unknown motorcyclists opened fire on his vehicle in Hayatabad area of Peshawar.

The police had said the justice was on his way to the high court when his vehicle came under attack.