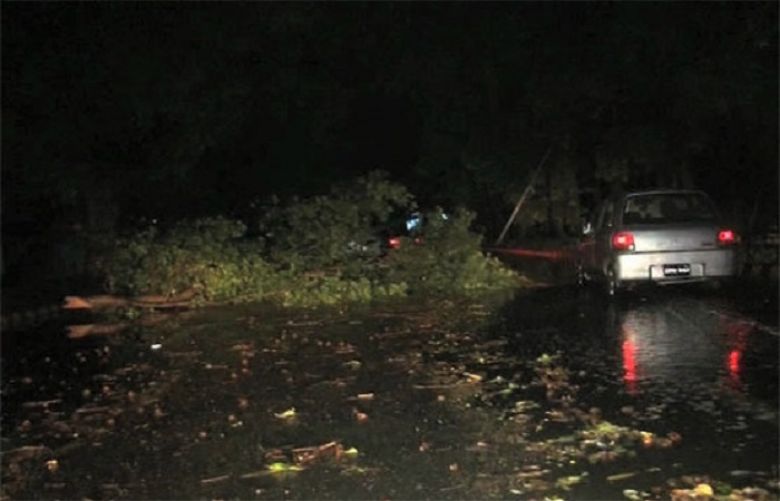 At least six people, including a child, were killed in rain-related incidents Tuesday night here in various areas of Khyber Pakhtunkhwa.

The bad weather also ripped off the ceiling of a Bus Rapid Transit (BRT) project stations — identified as Station No. 26 in Tajabad.

According to the Provincial Disaster Management Authority (PDMA), three people were killed in Peshawar, two in Swabi, and another in Kohat. Further, it said six houses bore the brunt of the stormy weather.

However, Peshawar Development Authority (PDA) spokesperson Umair Afridi said no other BRT stations were affected despite the harsh weather.

On the other hand, 173 feeders tripped in the Islamabad Electric Supply Company (IESCO) region and Kashmir. A sandstorm engulfed Mirpur, with a heavy, thunderous downpour in Dadial and surroundings as well.