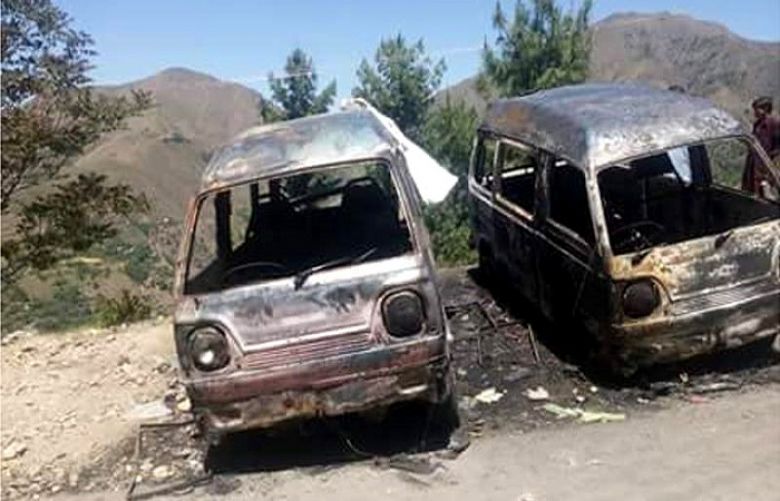 File photo 17-year-old Ambreen was burned alive in a van allegedly on a jirga's orders for helping her friend marry of her own will in May 2016.

An anti-terrorism court on Friday acquitted due to a lack of evidence 15 people who were suspected of involvement in the burning alive of teenager Ambreen in Abbottabad in May 2016.

The chilling murder of Ambreen, who was strangled and set on fire in Galyat's Makol village, was linked to a 15-member jirga that had allegedly ruled on April 28, 2016, that she should be killed for helping her friend Saima escape the village on April 23 to marry of her own free will. The jirga had also allegedly ordered the torching of the vehicle in which the two girls had tried to escape.

When the jirga, after a six-hour meeting, ended, Ambreen was taken from her home to an abandoned house where she was allegedly drugged, killed and placed in the backseat of a parked van. The van was then doused with petrol and set on fire. The charred body of the teenage girl was found on May 2, 2016, in the torched Suzuki van in Donga Gali.

The Abbottabad District Police Officer Khurram Rasheed had said at the time that since the girl's family was poor, her mother was unable to resist the jirga's decision because most of its members were criminals and not elders of the area.

Police had recovered drugs from an abandoned house near the site, as well as a can of petrol used to start the fire. Another vehicle parked near the gutted van was also damaged. However, the evidence against the suspects was believed to not be 'adequate' as police officials had arrested the accused individuals by going through their cellphone records.

She had also asked the authorities for security, saying she and her husband were in danger. "Those who burnt her are now threatening me, and we ask the authorities to provide us security," she had said.

A senior lawyer had told media on condition of anonymity in May 2016 that the police investigation into the case was faulty as the suspects held in connection with the case were the people who had decreed against the girl who had run away with her paramour and had nothing to do with the murder of the girl.

According to the lawyer, police had based their investigation on the phone calls made by the councillor Pervez to call up the people to participate in the jirga.