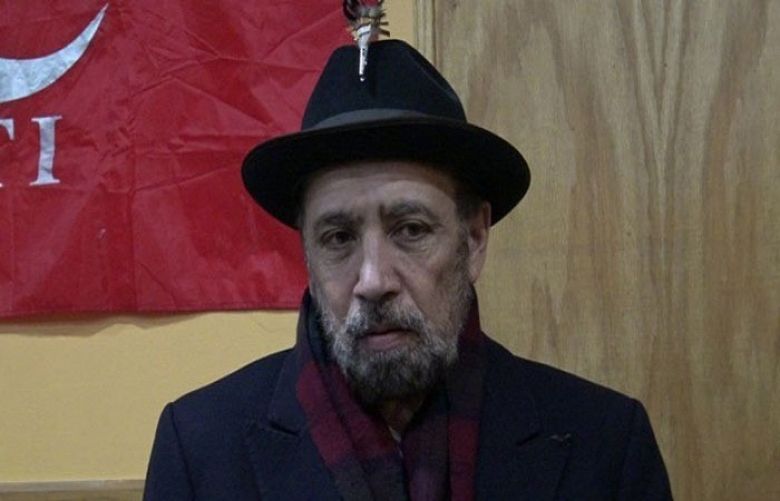 Gandapur was said to be leaving his home for an election meeting when his jeep was targetted.

The PTI candidate was among four injured in the attack and succumbed to his wounds at the hospital. He was first taken to District Headquarters Hospital but was then shifted to the Combined Military Hospital's (CMH) operation theatre owing to his injuries.

"Ikramullah's guards and driver were injured in the attack," adding that their condition is critical.

Investigations are under way, the police said, adding that severed limbs of the suicide bomber have also been recovered from the blast site.

The former agriculture minister in Khyber Pakhtunkhwa was set to contest the July 25 polls from PK-99 (DI Khan-V).

Gandapur’s brother, Israrullah, was killed on October 16, 2013 in a suicide bombing while greeting visitors on Eid-ul-Azha in his hometown of Kulachi.

He was a serving minister in the Khyber Pakhtunkhwa government at the time of his death and elected from the then-PK-67 constituency.

Gandapur was elected on his brother’s seat after a by-election following his death.

Their third brother, Inamullah Khan Gandapur, is a senior bureaucrat who has served in the Federal Investigation Agency and Khyber Pakhtunkhwa government.

Their father, Sardar Inayaltullah Khan Gandapur, served as the chief minister and finance minister of then-NWFP government in the 1970s.

A spate of terrorist attacks has taken place in the current month. On July 10, a bomb targeted a rally by the Awami National Party (ANP) in Peshawar, martyring local party leader Haroon Bilour along with 21 others.

An attack on a Jamiat Ulema-e-Islam-Fazl (JUI-F) convoy in Bannu on July 13 followed the tragic Peshawar incident. The Bannu incident claimed lives of at least four people, while 10 others were injured in the explosion.

Later the same day, one of the deadliest terrorist attacks in the country's history took place which claimed the lives of over 150 people. Balochistan Awami Party (BAP) candidate Nawab Siraj Raisani was among the martyred when a suicide bomber blew himself up during Raisani's election rally in Mastung's Darengarh area.

A week after the Mastung blast, on July 16, ANP leader Daud Khan Achakzai was injured after unidentified persons opened fire on the guest house of the party's candidate Zmrak Khan Achakzai in Chaman.