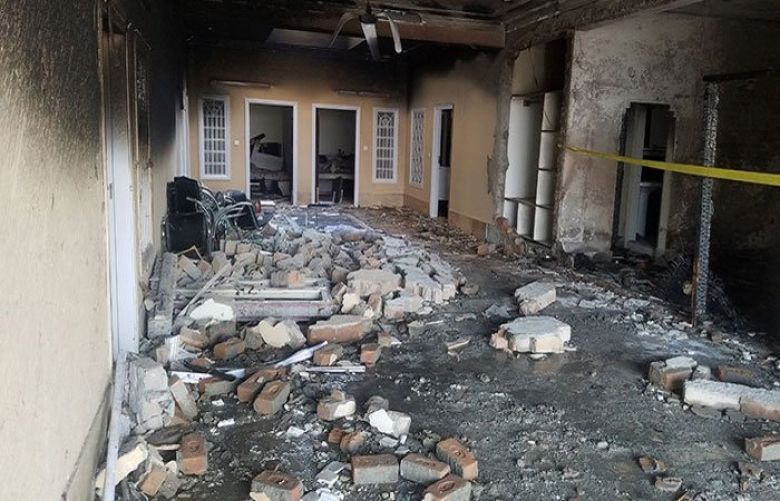 Five of a family were killed and two were injured in an explosion in Hotel Afandi in Bilal Town area of the city on Thursday night.

According to CCPO Qazi Jamil-ur-Rehman, the family had come from Hangu to Peshawar for medical treatment and were staying at the hotel. The family included a man identified as Kamran, his wife, mother, two children and two of his brother's sons.

The sons of Kamran's brother, who got burn injuries in the explosion, were shifted to Rawalpindi in critical condition for treatment as there is no properly functioning burn unit in Peshawar.

The blast occurred on the fourth floor of the hotel in room number 408.

Police and rescue workers have evacuated people from the hotel as a fire had broken out after the explosion.

The CCPO told nature of the blast has not been ascertained yet. He said, suspected the explosion could have occurred due to the accumulation of gas in the room.

Previously, a blast occurred in Hayatabad area of Peshawar in a case said to be pertaining to extortion. No loss of life was reported.

AIG Shafqat has arrived at the explosion site along with bomb disposal squad.