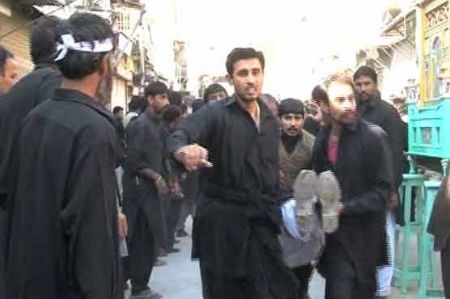 The blast occurred in a closed shop.

At least 7 people killed while 70 others injured in a blast near a procession in Commissionery Bazaar in Dera Ismail Khan.

According to the details, the blast occurred in a closed shop.

The injured have been taken to the nearby hospitals while rescue teams are facing problems due to the suspension of mobile phone services.

The police have cordoned off the area while emergency has been declared in all hospitals.

Nine mourners lost their lives in Saturday’s IED blast that occured within the premises of Cantt police station in D.I.Khan