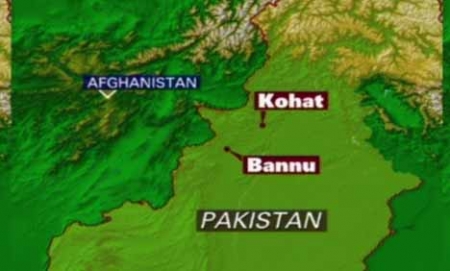 Four policemen including SHO were killed today when miscreants opened fire on a police van.

SHO Jani Khail Appal Khan was on a routine patrolling duty when motorcyclists opened fire at the police van. As a result SHO and three policemen died at the spot. The miscreants escaped from the scene after the incident. Police claimed an attacker was killed during retaliatory fire. Police cordoned off the area after the incident but culprits could not be arrested.