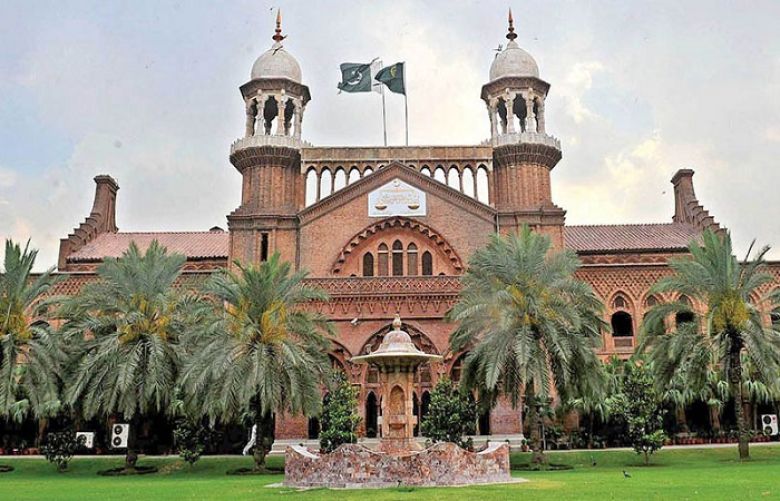 The Lahore High Court (LHC) asked on Thursday if the crisis in Punjab was over now, given that Chief Minister Chaudhry Parvez Elahi had “completed the floor test” in the provincial assembly on orders of Governor Balighur Rehman.

A larger bench — which is hearing a petition filed by the CM challenging Rehman’s order to de-notify him as the province’s chief executive — inquired this hours after Elahi, in a late-night chaotic Punjab Assembly session on Thursday, managed to secure the confidence of 186 members.

Last month, the Punjab governor denotified Elahi as the chief minister of the largest province in a bid to forestall ousted premier Imran Khan’s plan to dissolve the Punjab Assembly.

In his order dated Dec 22, the governor had said that since the chief minister had refrained from taking a vote of confidence at the appo­i­nted day and time, he ceased to hold office. Rehman, however, had asked Elahi to continue working as chief minister until a successor takes charge.

Subsequently, Elahi approached the court, saying the move was “unconstitutional, unlawful and of no legal effect”.

On Thursday, the court had remarked that a chief minister should have perpetual support from the majority of lawmakers in the house and had allowed Elahi to remain CM for one more day.

As the hearing began today, the attorney general requested the court to include the record of votes in the arguments. “The governor will not have any objections to it,” he said.

Here, Justice Abid Aziz Shaikh asked: “What do you have to say about Elahi taking the vote of confidence?”

Justice Asim Hafeez also inquired what the situation would be if the governor issued another notification.

“There would be no need for that after the assembly floor [proved it was in Elahi’s favour],” the AG replied.

“The floor test has been completed […] does this means that the matter has been resolved now,” Justice Shaikh inquired.

For his part, Elahi’s lawyer Barrister Ali Zafar said that his counsel had met the governor’s first order: to take a trust vote. “His second notification regarding the de-notification should now be annulled.”

To that, Justice Hafeez maintained that Elahi had taken a vote of confidence under Article 137 of the Constitution.

The law states: “In any matter with respect to which both Parliament and the Provincial Assembly have the power to make laws, the executive authority of the Province shall be subject to, and limited by, the executive authority expressly conferred by the Constitution or by law made by 2 [Majlis-e-Shoora (Parliament)] upon the Federal Government or authorities thereof.”

The petition, filed by Elahi, named the Punjab governor through his principal secretary, the government of Punjab through its chief secretary and the PA speaker as respondents.

The application was submitted through Barrister Ali Zafar and Advocate Amir Saeed.

It said that on December 19, Governor Rehman issued an order summoning a PA session and requiring the chief minister to seek a vote of confidence from the house.

“In response to the order, the PA speaker gave a ruling declaring the summoning of the session to be unconstitutional and adjourned the ongoing session till Dec 22.”

The petition stated that both of Rehman’s order — for the vote of confidence and the de-notification — was passed “without lawful authority and are of no legal effect”.

It reasoned that the governor’s order regarding summoning a PA session was illegal under the Constitution and Rules of Procedure of the Provincial Assembly of the Punjab 1997.

“Without prejudice to the unconstitutionality of Respondent 1’s [the governor] act of summoning the session of Punjab Assembly during an already ongoing session, it is respectfully submitted that the governor neither the appointing authority of the petitioner nor has the power to remove the petitioner, and there is no constitutional provision enabling the Respondent No. 1 to pass the impugned order dated 22.12.2022 and declaring that the Petitioner ceases to hold his office of Chief Minister Punjab.”

The petition went on to say that Rehman’s order was “not sustainable because it has been passed due to grave misconstruction of the facts”.

It also highlighted that the de-notification order was “not sustainable as the resolution of vote of no confidence moved by the 20 percentum is pending before the Provincial Assembly, and the impugned order would make the resolution in-fructuous which would undermine the right of members of the Provincial Assembly regarding the vote of no confidence against the petitioner/Chief Minister”.

Subsequently, the petition prayed that the Punjab governor’s orders issued on Dec 19 and Dec 22 should be declared to be passed without any lawful authority and of no legal effect.

“It is further prayed that it may kindly be declared that the summoning of the session of the Punjab Assembly by the governor during an already ongoing session is unconstitutional, unlawful and of no legal effect,” it requested.

The petition pleads that the court should declare that there was no eventuality which lead to the conclusion that Elahi did not command the majority of the members of the provincial assembly.

“It is further prayed that it may kindly be declared that the Petitioner does not cease to hold his office of Chief Minister Punjab,” it stated, adding that the dissolution of the provincial cabinet should also be declared unlawful.