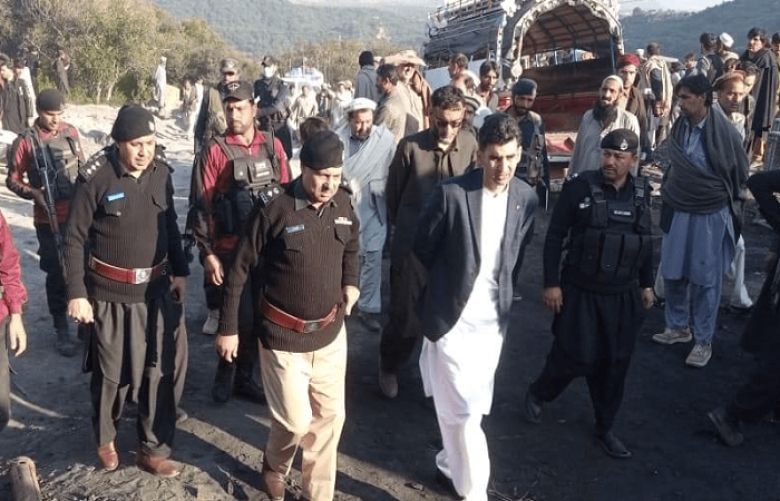 Nine labourers were killed while four others were injured in an explosion at a coal mine in Orakzai tribal region’s Doli area on Wednesday, officials said.

Orakzai Deputy Commissioner Adnan Farid said that 13 labourers were working in the mine when the incident took place and were subsequently trapped.

The DC said that rescue officials, local volunteers and the police rushed to the scene and managed to recover nine bodies. He said the remaining four were pulled out of the rubble and had been shifted to the KDA District Headquarters Hospital.

Kohat Division Commissioner Mehmood Aslam Wazir grieved for the lives lost in the incident and directed the officials concerned to provide immediate medical attention to the injured.

He ordered an immediate inquiry into the incident while also directing contractors to provide labourers with the latest equipment to ensure their safety. He warned that strict legal action would be taken against those found to be negligent.

“According to preliminary reports, the explosion occurred at a depth of 2,500 feet,” the commissioner said.

A government team from the mineral development department inspected the site of the incident and said the explosion took place “due to gas sparks inside the mine,” Orakzai district police chief Nazeer Khan told Reuters.

Coal deposits are found in the northwestern Orakzai district that sits on the Afghan border and mine accidents are common, mainly due to gas build-ups.