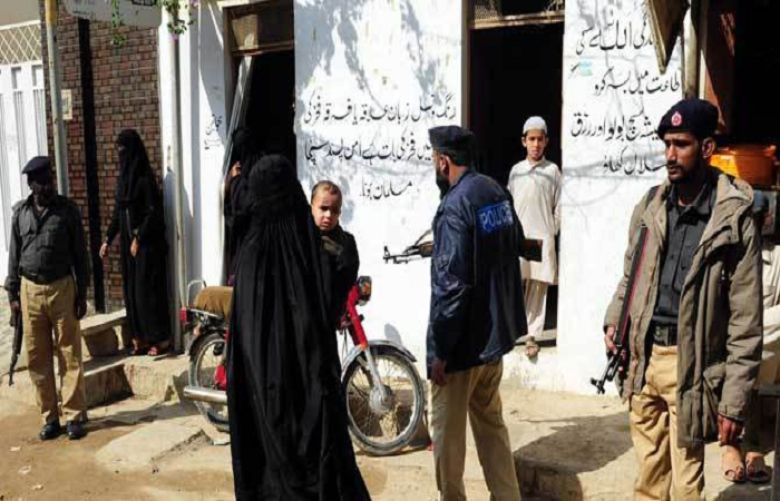 An attack on a polio team by unidentified gunmen in the Datta Khel area of North Waziristan martyred two policemen on Tuesday.

According to officials, the gunmen opened fire on the policemen who were guarding a team of polio workers in the district.

As a result of the attack, two policemen were killed and another person sustained injuries. A heavy contingent of law enforcement reached the spot after the incident and the bodies of the deceased were shifted to a hospital.

The martyred personnel were identified as Din Shahid and Razaullah, according to official sources.

As Pakistan battles a resurgence of the poliovirus, another case of the disease was confirmed on June 24 in an eight-month-old child hailing from the Mir Ali area of Khyber-Pakhtunkhwa’s North Waziristan district.

The development was confirmed by the health ministry’s spokesperson, who highlighted that all polio cases reported so far were from North Waziristan.

He added that the number of polio cases has risen to eight. “Emergency measures are being taken to contain the virus.”

Health Minister Abdul Qadir Patel said cooperation from across the country was needed to eradicate polio. He appealed to the parents to make sure their children are vaccinated against polio.

Patel also pinned hope on civil society, media and scholars to play an effective role in eradicating the crippling virus.

Polio workers have been targeted within the country, as resistance to vaccination drives persists. According to National Emergency Operations Centre Coordinator Dr Shahzad Baig, community resistance, driven by misconceptions and cultural resistance to the vaccine, are hurdle in polio eradication in Pakistan.

Dr Shahzad stated that the polio outbreak in North Waziristan was limited to one tehsil only. “A number of measures are being taken,” he continued.