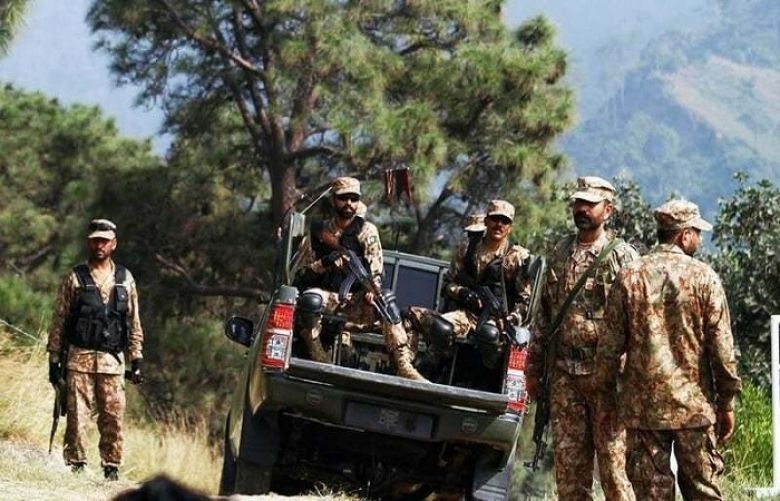 Two terrorists were killed during an exchange of fire with security forces in Kulachi area of Khyber Pakhtunkhwa's Dera Ismail Khan district, the Inter-Services Public Relations (ISPR) said in a statement on Friday.

"During exchange of fire, two terrorists [were] killed. Weapons and ammunition [were] also recovered from the killed terrorists," the military's media affairs wing said.

It added that the militants were "actively involved in terrorist activities against security forces".

The ISPR said the slain terrorists were involved in attacks on checkposts as well as IED attacks on security convoys in Paroom and surrounding areas of Panjgur.