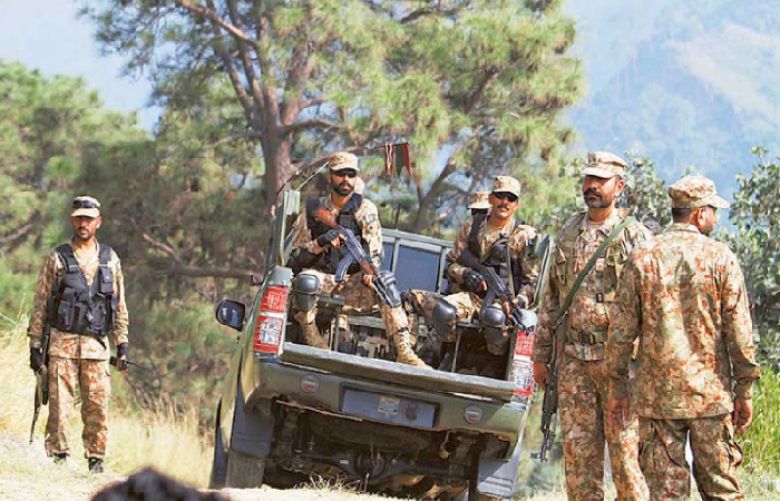 A soldier was martyred during an "intense exchange of fire" between security forces and terrorists in North Waziristan district's Miranshah area, the military's media affairs wing said on Saturday.

In a statement, the Inter-Services Public Relations (ISPR) identified the soldier as 32-year-old Naik Zahid Ahmed, a resident of Charsadda, who embraced martyrdom after "having fought gallantly".

During the exchange of fire, "one terrorist got killed", the statement said, identifying him as Ziaullah. It added that weapons and ammunition were recovered from the slain terrorist.

On June 12, a soldier was martyred during an exchange of fire with terrorists in the Datta Khel area of the district.

Sepoy Shahzaib Imtiaz embraced martyrdom after "having fought gallantly", the ISPR had said, adding that he was 25 years old and a resident of Kotli Sattian.

According to the ISPR, two terrorists were killed during an exchange of fire with the security forces in the Hassankhel area of Mirali tehsil in North Waziristan. Arms and ammunition were seized from the possession of the dead terrorists who, according to the ISPR statement, were involved in subversive activities.

Meanwhile, two more terrorists were killed during an operation in Parodh area of Noshki. Sources said the terrorists tried to escape from their hideout and opened fire on security forces. During the exchange of fire, two terrorists allegedly belonging to the banned Baloch Republic Army were killed.